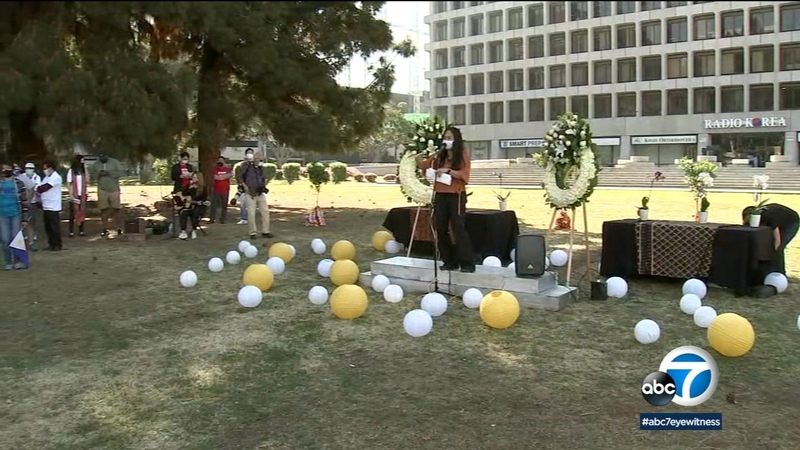 KOREATOWN, LOS ANGELES (KABC) -- A diverse group of religious leaders Friday gathered at Koreatown's Liberty Park for a service, which was dedicated in part to the women killed in the Atlanta-area spa shootings.

Six of the eight women killed in the shootings were Asian. The service was also a platform to denounce racism - whether it's against Asian Americans or any other minority group.

"It's absolutely essential to have faith-based leaders of all colors and religions, and I think that's going to be represented here so beautifully, and it's absolutely the only way to make change," said Susan Minato with the labor union Unite Here Local 11.

The organizers want the public to see how many communities were represented at the event. Some people told Eyewitness News that supporting other communities is how you begin to curb the violence against Asians Americans and other minority communities.

"It is important for people of faith to understand that God loves us all," said Rev. John Cager with Ward AME Church. "God doesn't differentiate and God rebukes hatred and violence against any and all of his people."

"What you're seeing here is the best of Los Angeles," said L.A. City Attorney Mike Feuer, who was at the event. "Because when the chips are down we come together. And that's what's happening right now. There is no place for any hate, anywhere in the city of Los Angeles."

That's the message this group hopes people will hear.