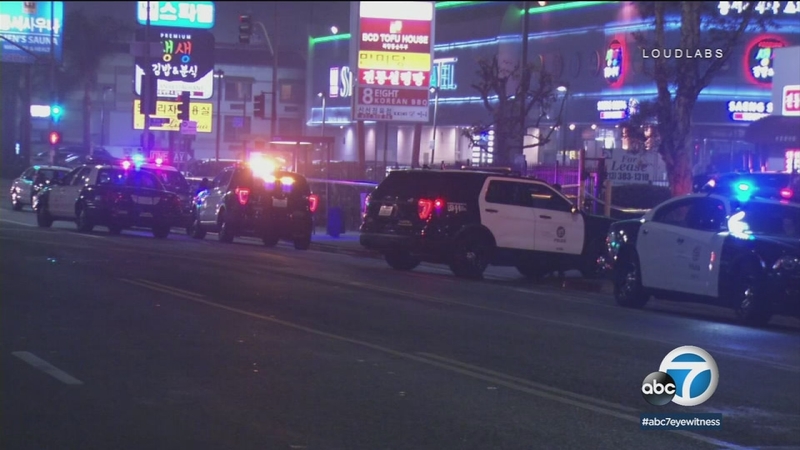 KOREATOWN, LOS ANGELES (KABC) -- A suspect armed with what appeared to be a gun pointed at officers was wounded in an officer-involved shooting in Koreatown early Sunday.

Officers responded to reports of a man with a gun shortly after midnight at Western Avenue and 9th Street.

Los Angeles police tweeted that the suspect pointed what looked like a handgun at responding officers, and an officer-involved shooting occurred.

The suspect was struck by gunfire and transported to a nearby hospital with non-life threatening injuries.