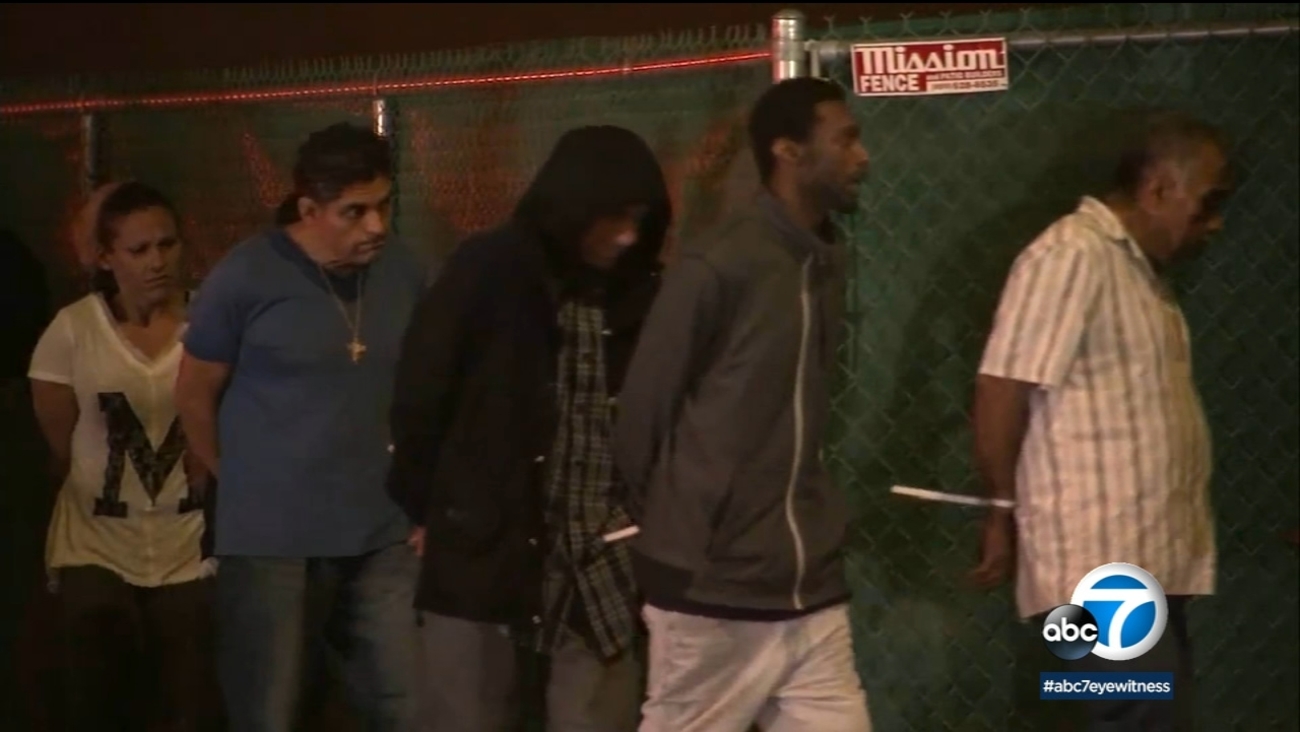 KABC
KOREATOWN, LOS ANGELES (KABC) -- An operation by SWAT led to the discovery of an illegal gambling operation in Koreatown Friday night.

More than 20 people were inside the building located in the 200 block of N. Vermont Avenue, when SWAT conducted a search warrant for the illegal activity, Los Angeles police said.

SWAT officers used hot gas to clear out most of the people inside who refused to exit when officers showed up. The gas forced at least one man to come stumbling out of the building. Officers arrested him with guns drawn near the busy Koreatown intersection.

Traffic was snarled the entire night.

ABC7 counted at least 18 people who were taken into custody at the scene.

The operation took place in a building that was formerly the Joomaum Church. There's little information about the Joomaum Church, but one web page lists it as a nonprofit company that has been registered in the U.S. since 2011.

An investigation was expected to continue at the scene throughout the night.
Report a correction or typo
Related topics:
koreatownlos angelessearchgamblingchurchswat
Copyright © 2021 KABC-TV. All Rights Reserved.
More Videos
From CNN Newsource affiliates
TOP STORIES