Dozens of ziplock baggies containing a flier with an anti-Martin Luther King Jr. message along with a Ku Klux Klan business card were dropped off at doorsteps in a Santa Ana neighborhood.

"I was trying to just go with my little sister out in the morning, and then she had to go and see this too. It was really awful," said Vivian Ly of Santa Ana.

Also inside the ziplock bag, a business card from the Loyal White Knights of the KKK, the largest Klan organization in the U.S.

"There was a card that said that they were trying to go for racial purity and they were part of the KKK," Ly said. "It seemed to me like this was an attack."

Six months ago, a neighborhood in Orange also received fliers from the same group, hoping to recruit members.

Police are investigating both cases, but so far little can be done.

Police say because the flier made no threat, no crime was committed. Officers could only take a report to document the incident.

"None of the individuals that we believe got this were the specific victims. This is more propaganda than threats," said Santa Ana police Cpl. Anthony Bertagna. 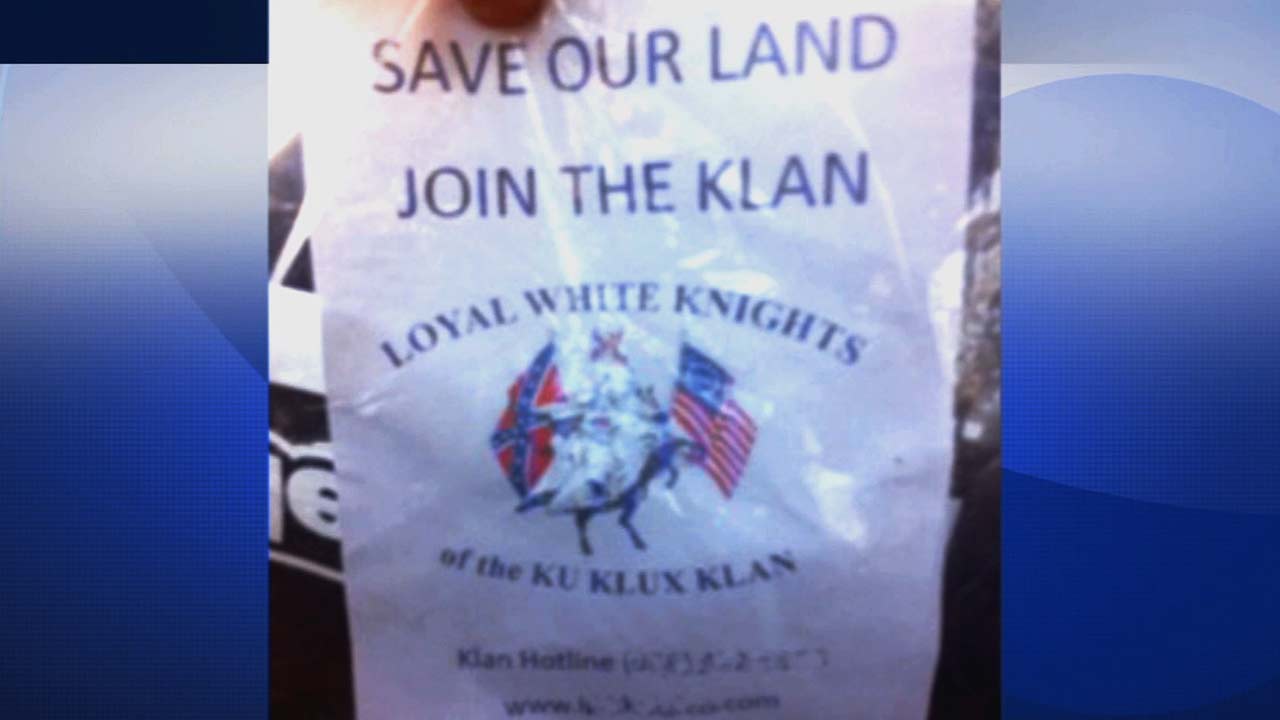