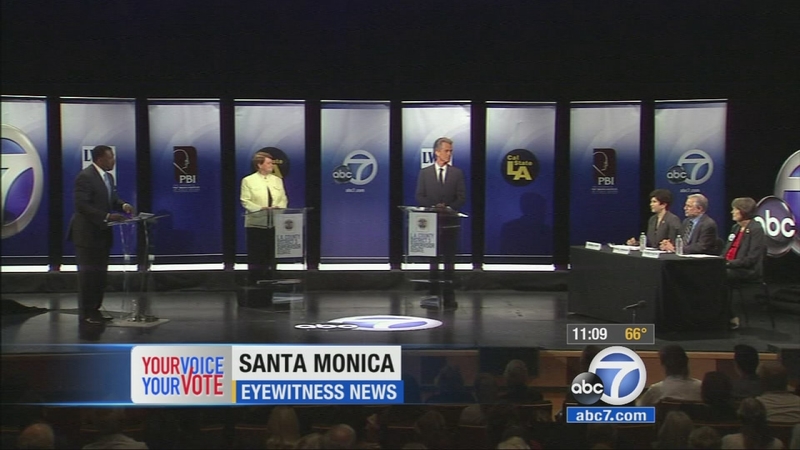 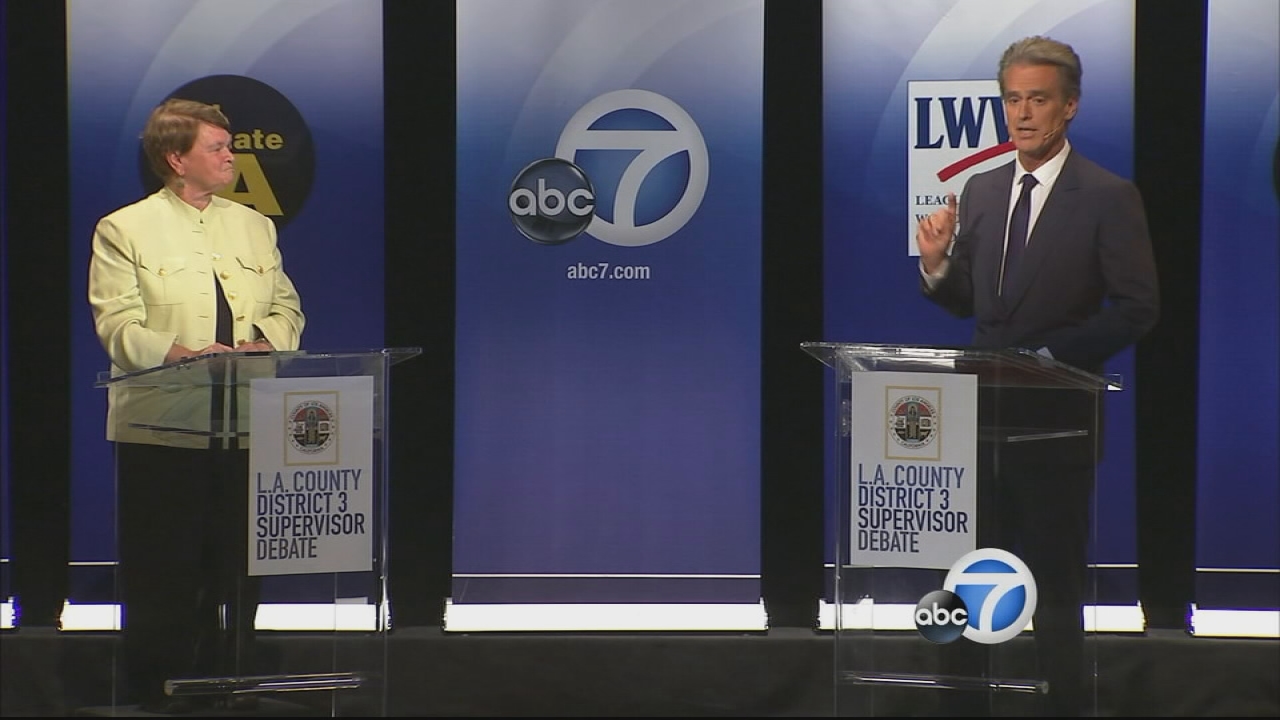 Kuehl says her 14 years in the legislature uniquely prepares her to be a supervisor.

"I think my experience in getting votes and explaining legislation to my colleagues and getting three different governors to sign these bills, both of them Republicans," Kuehl said.

Shriver says it's his experience as a former Santa Monica city councilmember that is key.

"My experience in local government has been you have to listen to people to tell you what their interest is. It's a slightly different perspective on how to get things done," Shriver said.

Kuehl and Shriver answered questions on transportation, jails, and health service, among others.

There weren't many major differences between the two candidates, although they sparred on rent control and the county's responsibility for pollution caused by storm run-off.

The pair is vying for a seat representing the Westside and the Valley after Supervisor Zev Yaroslavsky termed out.

The debate, which was streamed live on abc7.com Friday night, was also broadcast on ABC7 Sunday at noon.