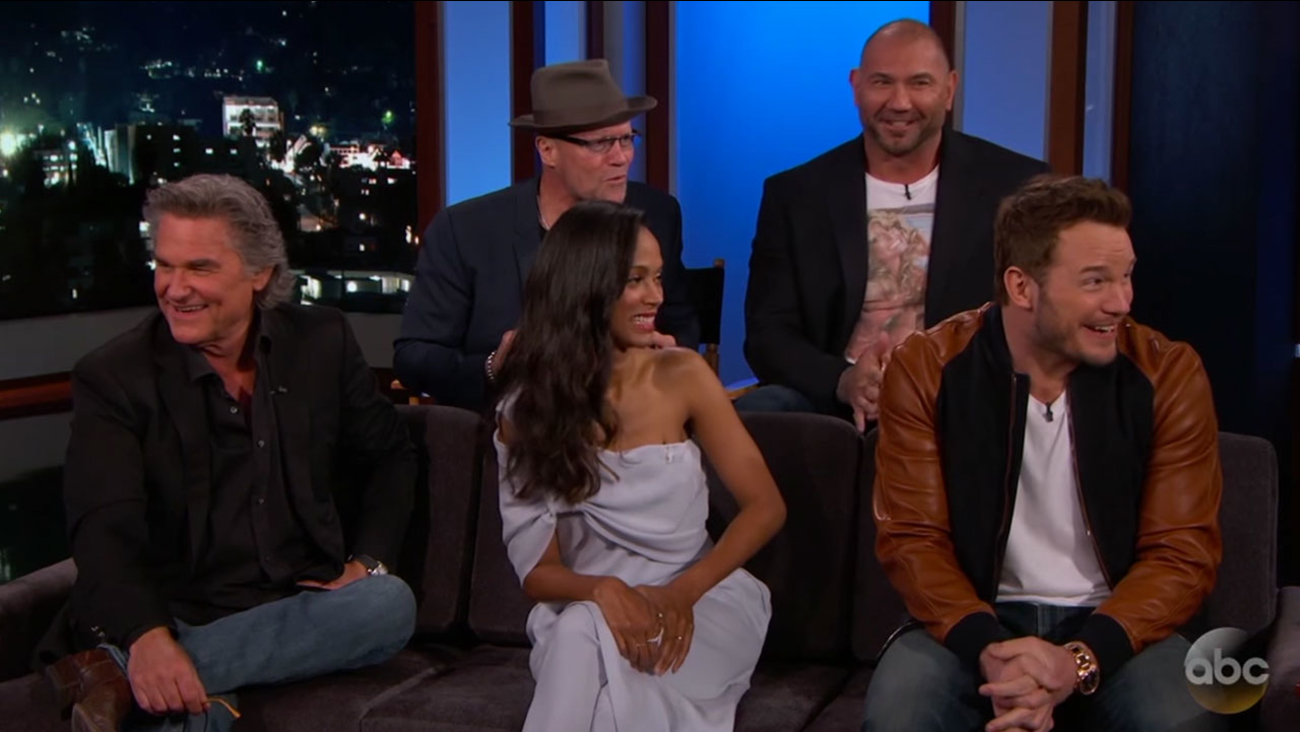 Chris Pratt thought that Kurt Russell would never play his character's father in Guardians of the Galaxy Vol. 2, he revealed on Jimmy Kimmel Live on Monday.

"I was like ... 'Let's shoot for the stars. Let's get like, Kurt Russell, or something. But since he probably wouldn't do it, who can we actually get?'" Pratt said.

Russell, who also appeared on Kimmel on Monday, joked that "I'm only in it for about 15 seconds and then I die."

And then there's the Kurt Russell and Sylvester Stallone's reunion. As Kimmel put it, "Can I say Tango and Cash are in this movie?"

The two Hollywood icons starred in 1989's Tango and Cash together. While fans already knew about Russell's role, Pratt (Peter Quill) officially confirmed that Stallone is in the movie. Pratt, though, didn't say what Stallone's role would be.

The cast also talked about the success of the first Guardians movie. Pratt said he had heard it would be Marvel's first big flop. (But of course, he pointed out, it wasn't).

They also played "Guess the Guardian," talked about Avengers: Infinity War and even opened the show with a song.


Guardians of the Galaxy Vol. 2 opens in theaters May 5.