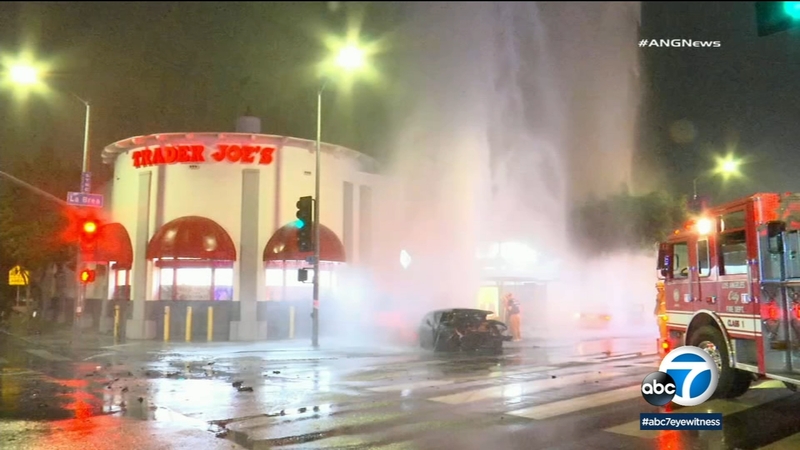 The accident, which involved three vehicles, happened near the intersection of South La Brea Avenue and West 3rd Street just after 1 a.m.

Water was pooling in the store as firefighters worked to turn off the hydrant, which has since been shut off. It is unclear when the store would reopened.

At least one person was taken to an area hospital in unknown condition.