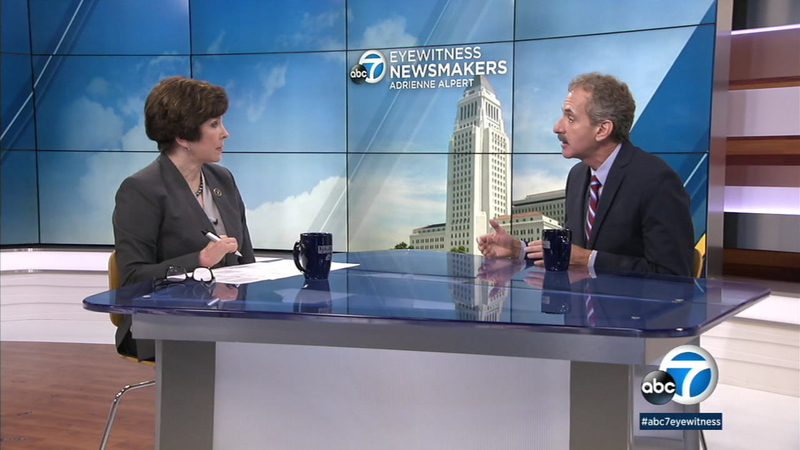 Since April, Feuer has held a series of hearings in each of LAUSD's seven board districts. Feuer convened the panel after the mass shooting at Florida's Parkland High School, and an accidental shooting at a local junior high school.

There are 30 recommendations including creating the post of a LAUSD School Safety Director. The report suggests single school entry points, all classroom doors lock from inside and a two way communication system in the classroom.

It addresses better mental health services, and gun safety and storage in the home. Notably, the report does not recommend metal detectors at entrances, nor continuing with the district's policy of random metal detector wanding of students.

Feuer said they rarely find guns. He said it is better to set up a reporting system by text or app that students who suspect a classmate can safely use.

Feuer, the co-chair of the national coalition, Prosecutors Against Gun Violence, said "the stakes could hardly be higher" over permanently blocking blueprints for 3D-printed plastic guns. A Seattle federal judge this week blocked release of the blueprints.

Feuer called on the Trump administration to make the ban permanent, adding "this is an outrage," that people who should never have a weapon may be able to make one with a 3D printer. The White House said the Justice Department did not consult the president when it dropped litigation that would have stopped the posting of instructions.

"The Trump administration is trying to undermine public safety by the imposition of these new conditions," Feuer said.

For 40 years, the Los Angeles Police Department had operated under a policy enacted by Chief Daryl Gates that stops officers from enforcing civil immigration laws. The federal government has withheld law enforcement grants from sanctuary cities, including Los Angeles.

"There is a very strong difference of opinion between us, Jeff Sessions and the Trump administration," Feuer said.

Feuer pledged to reduce the city's liability payments, last year totaling more than $200 million in payments. He has a risk manager, and this year's payouts may be about half of last year's.