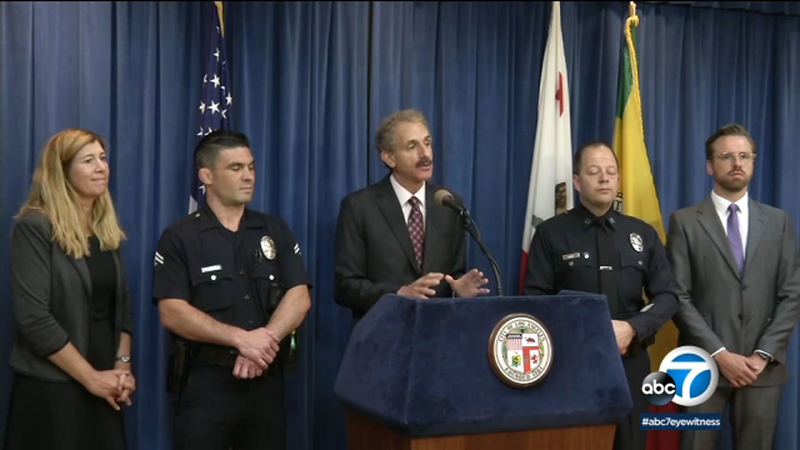 Project Los Angeles, L'Scorpion and the Rusty Mullet Restaurant are named in the complaint.

The Hollywood business owners and operators are facing criminal charges, ranging from lack of valid licenses to admitting minors.

Feuer said the filing follows a number of significant fights, stabbings and a murder on the sidewalk outside one of the locations.

Feuer said the move is part of an effort to ensure greater public safety in Hollywood.

"This is a continuing step in that process to ensure that Hollywood nightlife is safe for everyone," Feuer said.

Feuer said they're also taking action against a fourth business, Liaison, which entered a diversion program.

The attorney representing the entity under which Rusty Mullet operated under, Micheal Ayaz, said the business stopped operating in June. He pointed to an incident involving and off-duty Los Angeles Police Department officer back in 2015, which he said set off a flurry of citations against the business.

Ayaz questions citations the business has received over the years.

"After that incident, all of a sudden we got all of these things, people loitering on Hollywood Boulevard, which is almost comical," Ayaz said.

Eyewitness News reached out to the LAPD late Thursday afternoon and had not heard back.