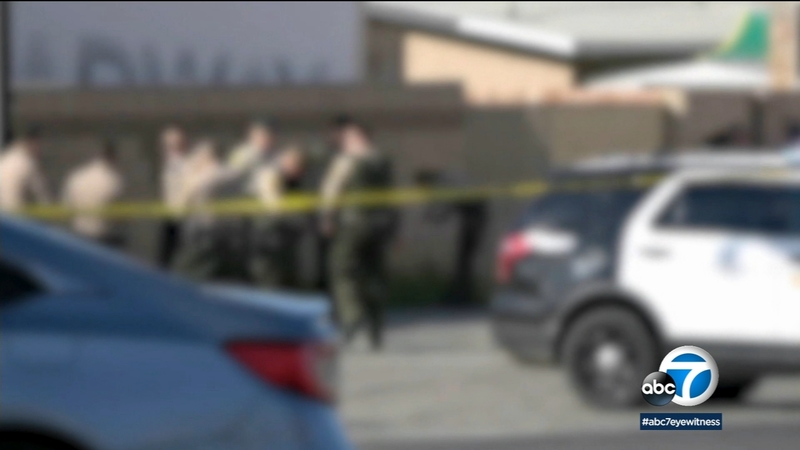 Sheriff Alex Villanueva is pushing back against the Los Angeles County Board of Supervisors after it voted to move forward with a proposal that would require at least 10% of the county's general funds to be spent on community investment and alternatives to incarceration.

The measure was passed with a 4-1 vote Tuesday after a contentious debate and opposition from the county's chief executive officer, who warned it would hamstring future boards. Supervisor Kathryn Barger was the dissenting vote.

Supervisors Sheila Kuehl and Hilda Solis proposed the amendment, which would phase in to reach the 10% limit by 2024. Although official amendment language has not been drafted, it would prohibit the distribution of any of the committed funds through any law enforcement agencies, including the District Attorney's Officer and the courts.

Following the vote, Sheriff Villanueva took to Twitter to voice his disapproval, saying the agenda item would defund his department and "change public safety forever."

"If you don't want your streets to look like a scene from Mad Max, use your VOICE to tell the board what you think," the tweet read.

The @LACountyBOS just pushed forward agenda item 51-C, advancing the campaign to cont. defunding @LASDHQ & change public safety forever. Do YOU share their opinions? If you don’t want your streets to look like a scene from Mad Max, use your VOICE to tell the board what you think pic.twitter.com/Rzzh9nGo6l

Much of the county's revenue comes from federal and state funding designated for specific uses. Of approximately $8.8 billion that the county raises on its own, primarily through property and sales taxes, about $3.6 billion is unrestricted, according to the CEO. The charter amendment would effectively restrict 10% of the total -- or roughly $360 million -- for direct community investment and alternatives to incarceration.

About 20% of those unrestricted dollars are allocated to the Sheriff's Department's $3 billion-plus budget, according to the CEO.

Many of the speakers allowed to address the board during an hour allocated for public comment spoke out against the measure.

"I believe this is an ill-conceived, knee-jerk reaction to the recent protesting and this needs to be researched further before reallocating funds,'' one resident said. "You want to appear like you're doing something, but this is just appeasing a very vocal segment of the citizenry who are veryanti-police. What about the vast majority who don't want to see public safety defunded?''

Sheriff Alex Villanueva was given five minutes to address the board.

"I would submit to you that the county of Los Angeles does not have the priorities that you have,'' the sheriff said, citing a Pew Research Center nationwide survey finding that 73% of Americans believe that police spending should remain at current levels or be increased.

"When you try to dismantle law enforcement and the primary source of public safety services to the community, you're endangering the public,'' Villanueva told the board.

Supervisor Janice Hahn said she was comfortable putting the measure on the November ballot.

"I feel completely confident putting this before the voters, and I trust the voters to show us again what their priority is,'' Hahn said. "Nothing speaks to all of our values more than I think this charter amendment does. Yes, maybe it was rushed. Yes, maybe it wasn't completely vetted. But these two big things happening in our lives -- the moment of George Floyd and the moment of this pandemic -- compel us to act quickly."