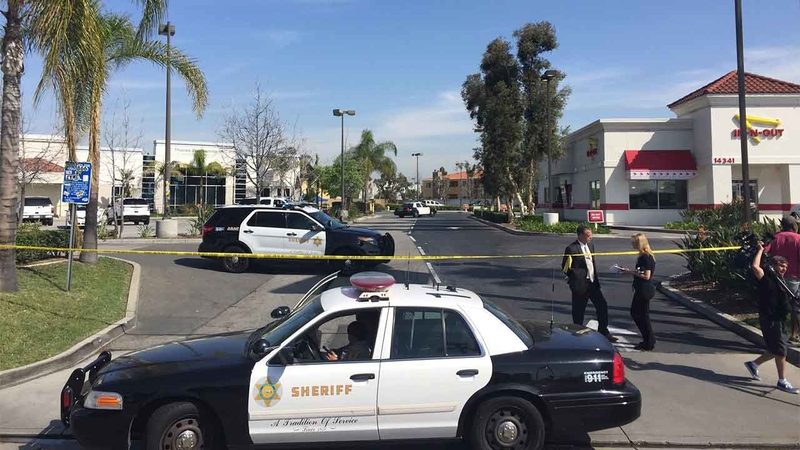 The woman's body was found in the parking lot outside the fast food restaurant in the 14300 block of Firestone Boulevard around 4:50 a.m., just feet from the front door of her workplace.

The victim, who was wearing an In-N-Out uniform, was pronounced dead at the scene. Deputies with the Los Angeles County Sheriff's Department said she sustained a gunshot wound to the upper torso.

In-N-Out identified the victim as Josefina Alcocer and said she had worked at the La Mirada location since 1996.

"The entire In-N-Out family grieves today over this senseless tragedy as we send our thoughts and prayers to the Alcocer family. Josefina had been a part of our In-N-Out family since 1996 and she was one of our original associates at our La Mirada restaurant. We are devastated and will miss her," In-N-Out owner and president Lynsi Snyder said in a statement. "So many things going on in the World today. We will remain strong and stand in love for Josefina. God bless and comfort all who are mourning a loved one at this time."

Family and friends said Alcocer was married and had an adult son.

The restaurant was closed to the public at the time of the shooting, but several employees were inside working.

"They do have employees that start earlier in the morning, and we're still trying to piece together exactly when she started her shift and what her details were that brought her outside," Lt. Steve Jauch said.

A description of the suspect was not immediately released. Jauch said sheriff's deputies were working to obtain surveillance video from outside the restaurant.