Los Angeles police are facing new accusations of excessive force after a video uploaded to YouTube shows an officer swinging his baton at protesters during a demonstration in South L.A. last week.

LOS ANGELES (KABC) -- Los Angeles police are facing new accusations of excessive force after a video uploaded to YouTube shows an officer swinging his baton at protesters during a demonstration in South L.A. last week.

"It came within two feet of my head and it was really, really traumatizing," said Patti Beers of East L.A. She shot the video on Dec. 1 during a protest in front of the LAPD's Newton Division.

She says she was horrified to see the way one protestor was arrested.

"His head was being smashed into the concrete," Beers said.

The department's Internal Affairs division is now investigating the incident.

On Tuesday night, a much calmer protest was held near Hollywood Boulevard and Highland Avenue in Hollywood. Protesters used chalk to write messages on the Hollywood Walk of Fame. Meantime, a peaceful protest was also held in Long Beach.

The T-shirts quote the last words of Eric Garner, the man who died after being put in an apparent chokehold by an NYPD officer.

Many Angelenos vented their frustration during the meeting, which was the first held since more than 300 people were arrested on the streets of downtown L.A. over three days following a grand jury decision not to indict officer Darren Wilson.

"The violence was not incited by protesters but by the police," said one attendee.

Steve Soboroff, the president of the city Police Commission, approves of the way officers handled the protests. He said that the LAPD is a model across the country for community policing.

Jasmyne Cannick of South L.A. says she expects more from her police department.

"We expect to be treated like human beings," Cannick said. 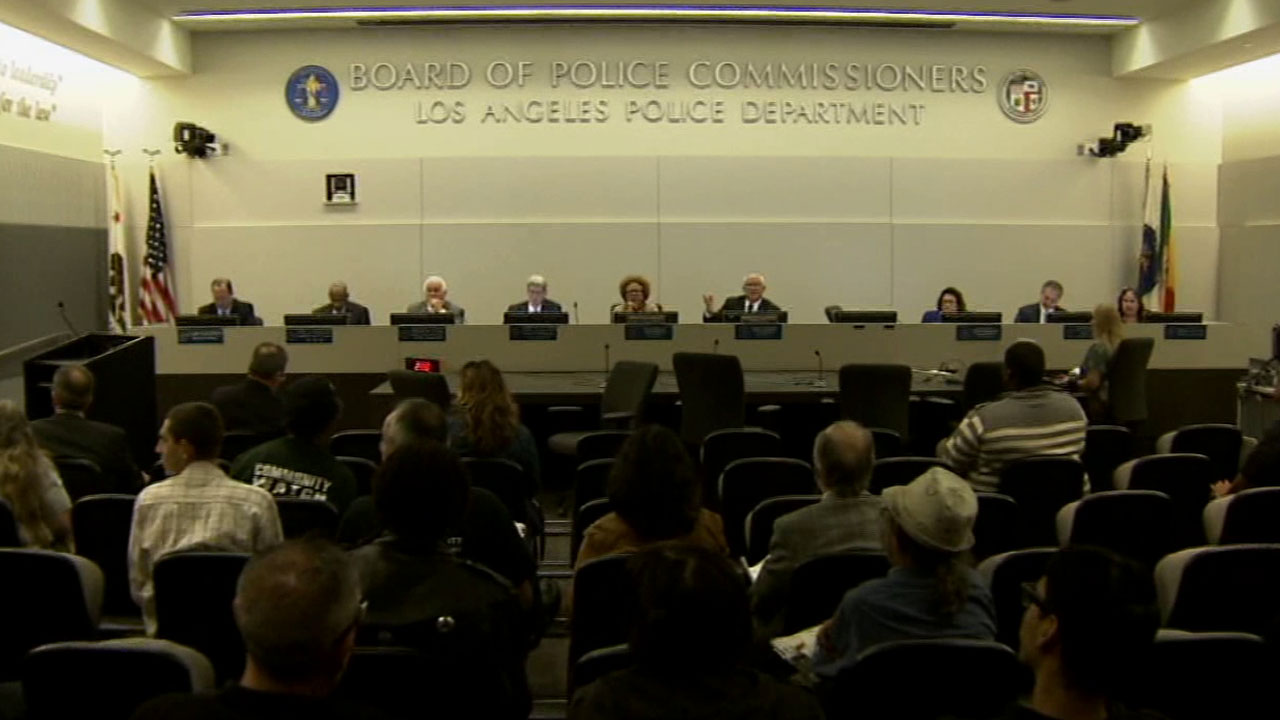 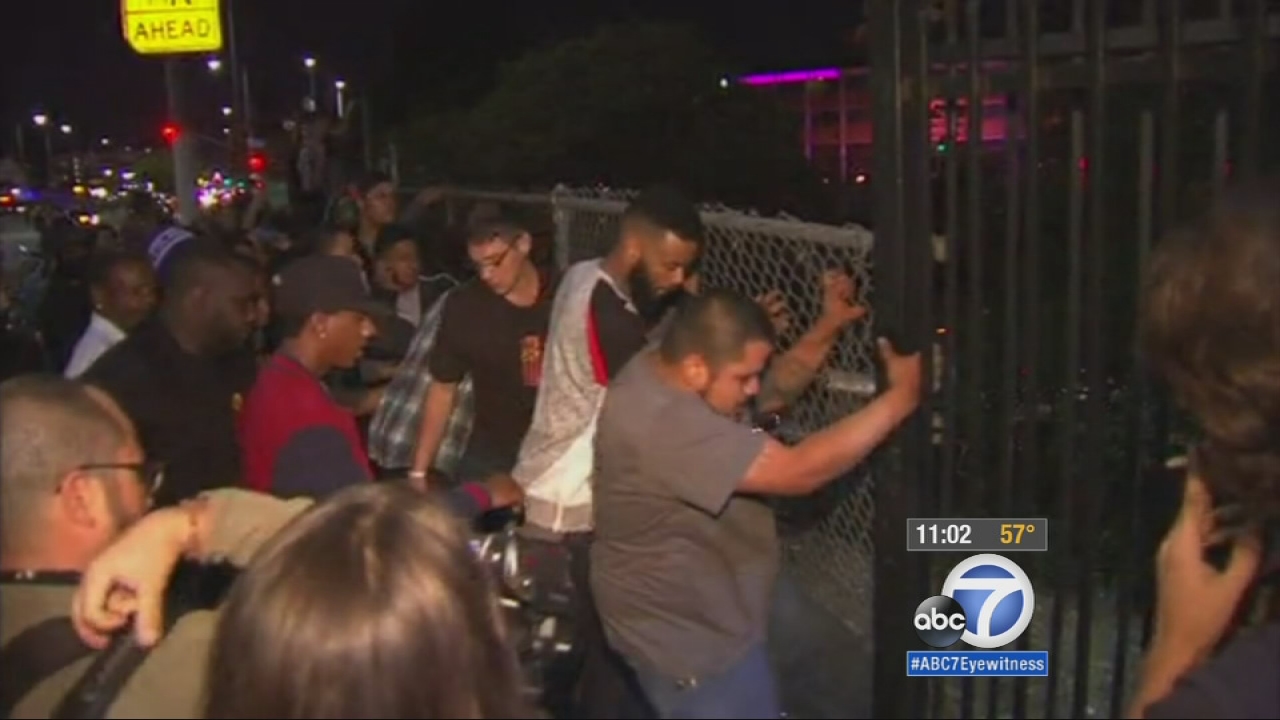 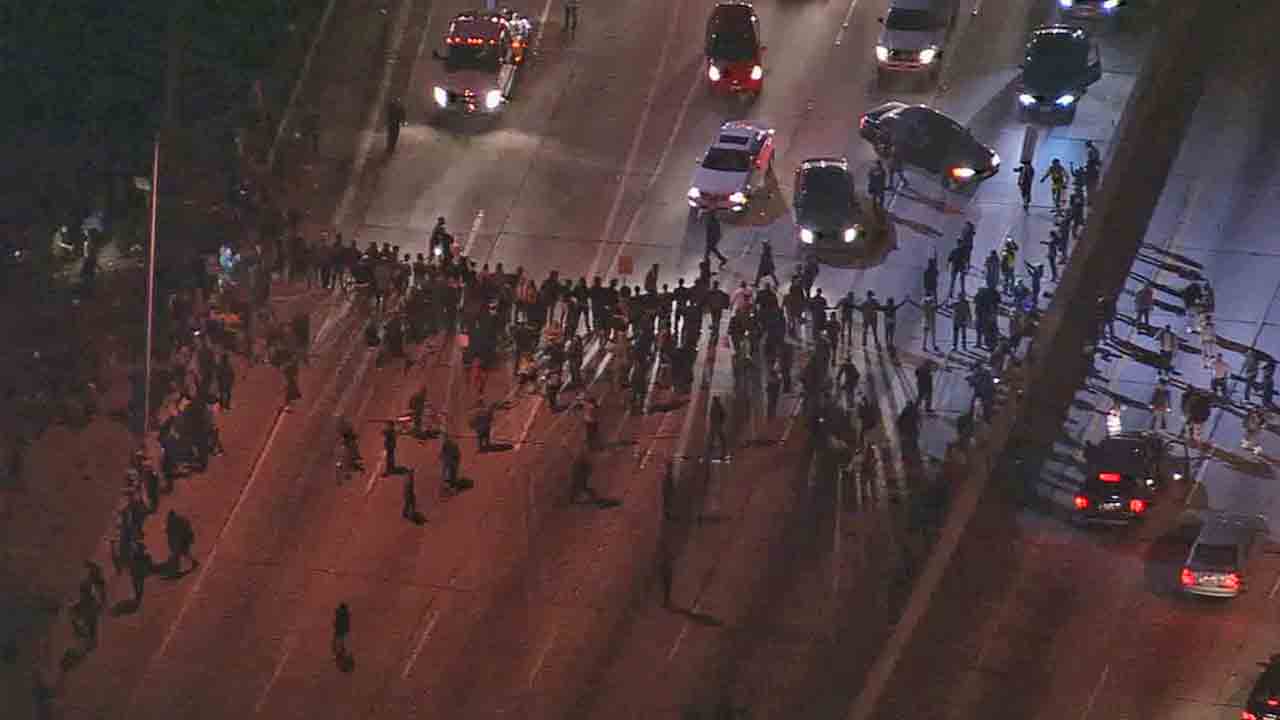