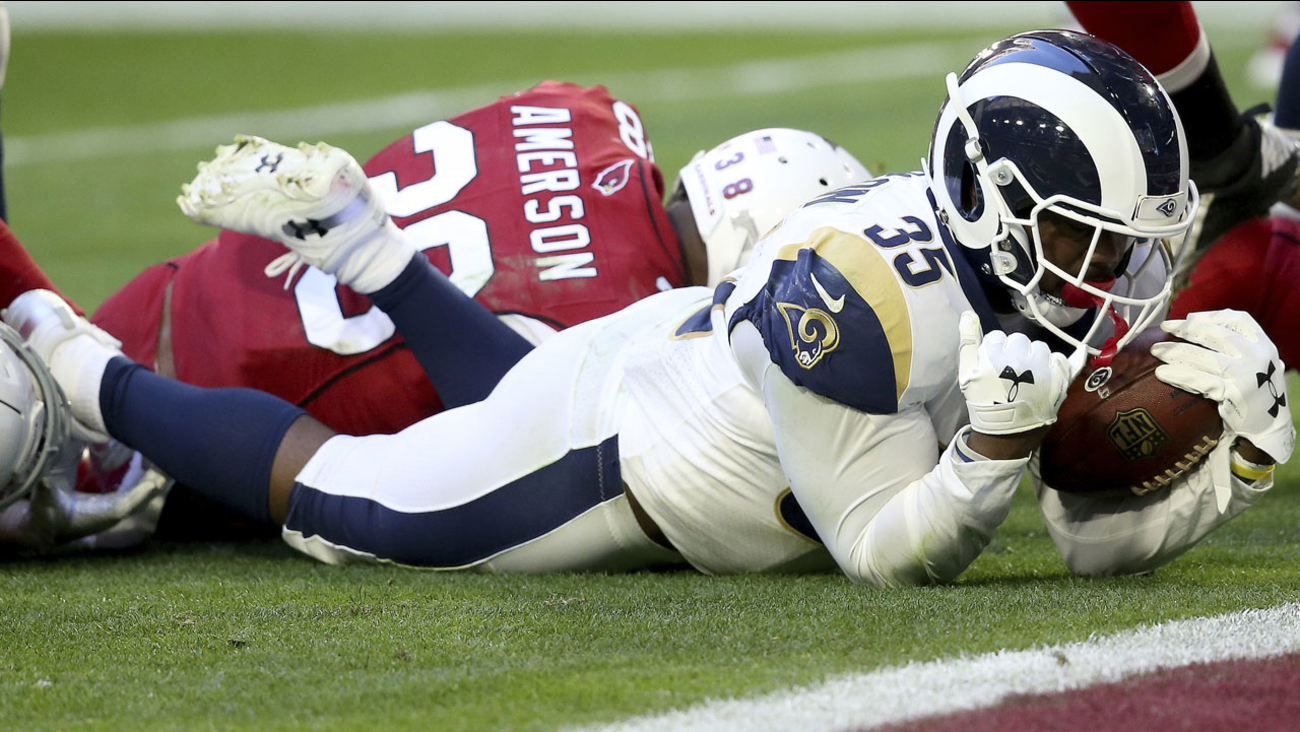 Los Angeles Rams running back C.J. Anderson falls into the end zone for a touchdown against the Arizona Cardinals during an NFL football game in Glendale, Ariz. (AP Photo/Ross D. Franklin)

GLENDALE, Ariz. (KABC) -- The Los Angeles Rams easily routed the Arizona Cardinals 31-9 on Sunday, but will have to wait until Week 17 to find out if they secure a first-round bye in the playoffs.

The win advanced the Rams to 12-3, but they needed the Chicago Bears to lose to the San Francisco 49ers in order to lock up that second seed in the NFC. The Bears won 14-9 just minutes after the Rams-Cardinals game ended.

The Rams are holding on to the second-best record in the NFC heading into the final week of the regular season.

With Todd Gurley recovering from an inflamed knee, veteran running back C.J. Anderson led the attack on the ground, rushing for 167 yards and a touchdown just days after he was acquired by the Rams.

Jared Goff started off shaky with a fumble on the opening drive that turned into an Arizona field goal. But after that, the game was all Rams, with rushing touchdowns by Robert Woods, Goff and Anderson, plus a Goff touchdown pass to Woods.