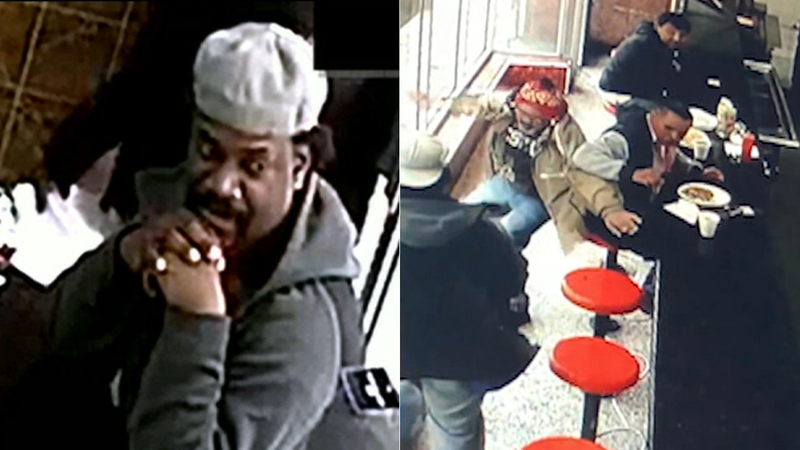 A 56-year-old man was stabbed to death in a Skid Row restaurant and the killer, believed to be a transient, is still on the loose.

The murder comes amid an alarming increase in the homicide rate in Los Angeles - especially downtown.

Surveillance video shows the suspect and victim arguing and the suspect stabbing the other man.

Paramedics responded and brought the victim to a hospital where he was pronounced dead.

The victim has been identified as Homer Garcia, 56, who lived in the area.

"The knife was already in the suspect's hand. It wasn't from the restaurant," said LAPD Det. Ray Martinez. "We believe the suspect is transient or homeless."

Eyewitness News did a deep dive into the latest LAPD statistics and found the homicide rate in the entire city jumped 5% last year.

But in the downtown area, it skyrocketed - jumping 20% from the year before.

"If we don't take immediate action it is going to only get worse," said Rev. Andy Bales, executive director of the Union Rescue Mission.

Bales says the city's growing homelessness problem is at the root of the increase in the homicide rate.

"People who are devastated by homelessness make up 1% of the total population, but they make up 17% of the homicide victims," Bales said.

The restaurant where the stabbing happened, Margarita's Place, restaurant is now open.

The suspect is believed to be a local transient who is a frequent patron of the diner. He is described as a male, African American, 40-50 years old, approximately 5 feet 10 inches tall, with dark hair and a heavy build. He was last seen wearing a gray baseball cap, black jacket, red plaid shirt and blue jeans.