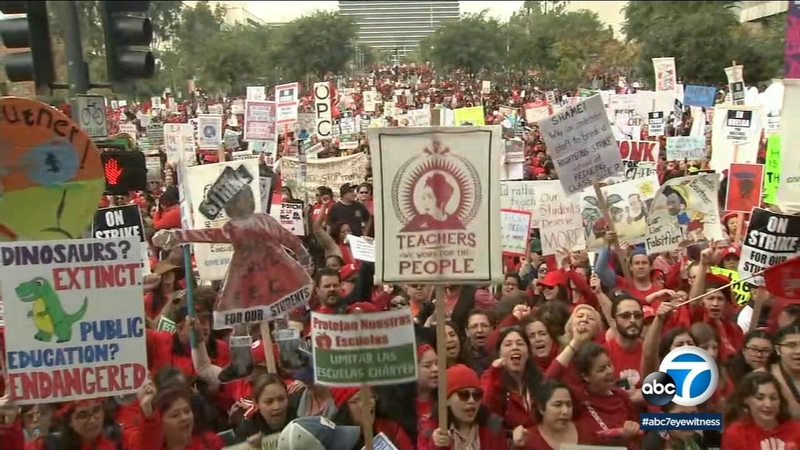 The United Teachers Los Angeles union and LAUSD officials ended another round of talks at City Hall that was mediated by L.A. Mayor Eric Garcetti shortly after 9 p.m. The next negotiations meeting is expected to begin at 11 a.m. Saturday.

Superintendent Austin Beutner held a press conference and said while he cannot discuss the details of the negotiations, he said he's glad they're being done.

"I'm optimistic because it has to be. We need our educators and our students back in school come Tuesday morning, so the onus is on us. The onus is on us as leaders to do what we have to do in the next 48/72 hours to make sure schools are open," he said.

The union held a demonstration at Grand Park to show support for teachers as the strike and bargaining talks continued. Musicians Aloe Blacc and Tom Morello were among the celebrities who attended the support rally at Grand Park.

By the end of the strike's fifth day, the district said it lost about $125 million in state revenue payments that are based on student attendance.

"If we allow this movement to win, then our schools will be privatized, our students will have less equity and less access, and our jobs and our healthcare will be attacked," said UTLA President Alex Caputo-Pearl at the rally.