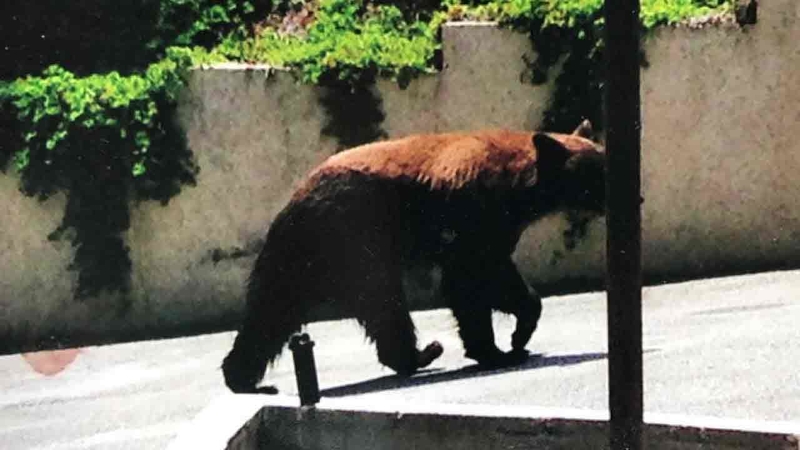 LA VERNE, Calif. (KABC) -- An off-duty deputy shot a bear in La Verne after it charged at him and his three children Tuesday night, according to the Los Angeles County Sheriff's Department.

Authorities said the deputy and his young children were walking up the driveway of a home near Live Oak Canyon at about 6:15 p.m. when they were confronted by three bears.

The sheriff's department said the bears were near trash bins when the family came across them. As the deputy attempted to get his children to safety, officials said the largest of the three bears, estimated to be more than 450 pounds, began to aggressively charge at them.

The deputy opened fire, shooting at the bear several times, according to the sheriff's department.

All three bears fled into bushes nearby and out of view. Authorities said the bear that charged at the family appeared to be injured, but it could not be located by the Department of Fish and Game.

The family was not injured during the incident.

Residents in the area said they've spotted bears roaming near Live Oak Canyon several times in the last year but said they normally keep to themselves.

Law enforcement officials were working to determine what prompted the bear to charge at the family.