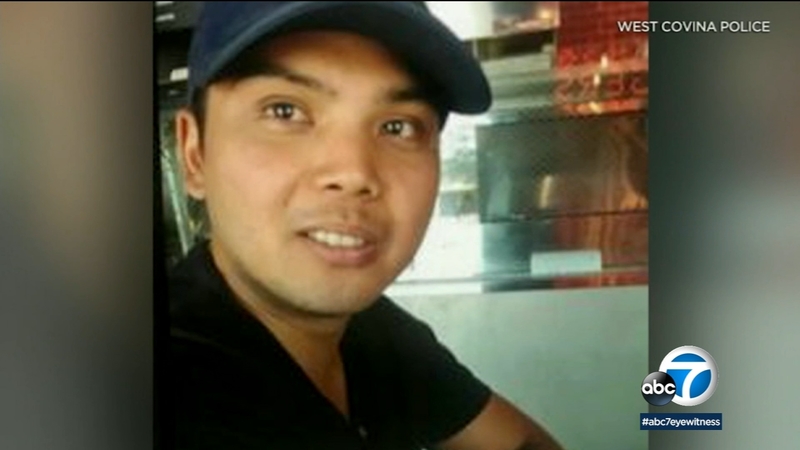 WEST COVINA, Calif. (KABC) -- Two suspects were charged in connection with the disappearance and possible murder of a West Covina man, a firefighter who has been missing for one week, authorities said.

Both suspects were expected to be arraigned Thursday afternoon on one count of murder each, with special circumstance allegations of murder during the commission of a robbery, according to the Los Angeles Country District Attorney's office.

The West Covina Police Department identified them as Elijah Thomas Rouse, 18, and Shaun Cardarelli, 37. Three people were also detained after a West Covina SWAT team descended on a home in La Verne on Tuesday morning. It's not clear if the suspects who were booked were among those detained.

Detectives believe this case may be connected to a burned body that was discovered in Upland last week, but authorities have yet to determine if the body is that of the alleged victim, John Brian Mananghaya Aguila, who had not been heard from since Aug. 22.

Family members contacted police over the weekend and reported that the 28-year-old had not showed up to work or returned home, adding that such conduct was uncharacteristic of him.

Authorities then served a search warrant at a home in 1400 block of Third Street where the three people were detained.

A SWAT team descended on a home in La Verne and three people were detained amid the ongoing search for a West Covina man who has been missing since last week.

Rouse and Cardarelli are being held without bail. Their connection to Aguila is unclear.

If convicted as charged, the defendants could face the death penalty or life in prison without the possibility of parole. Prosecutors have not yet decided whether to seek capital punishment, according to the DA's office.