KABC
LADERA HEIGHTS, Calif. (KABC) -- Two young brothers from Ladera Heights have been reunited with their father after allegedly being abducted by their mother.

The mother of the boys, 2 and 4 years old, is now behind bars in Phoenix, Arizona. She is accused of taking off with the boys during an unsupervised visit.

According to the sheriff's department, the children's father contacted authorities after the mother told the father she would not be returning the boys.

Iman Milner was arrested Saturday evening during a traffic stop. She didn't have her sons with her, but police later confirmed the children were at their maternal grandmother's home.

The grandmother brought them back to California, dropping them off at the sheriff's station in Marina del Rey. 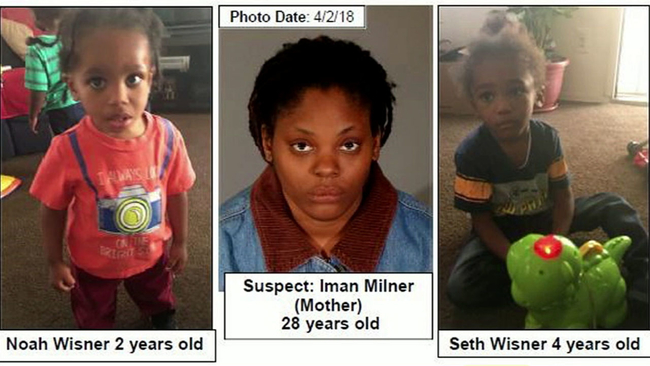