5 in custody after bizarre chase ends in Ladera Heights 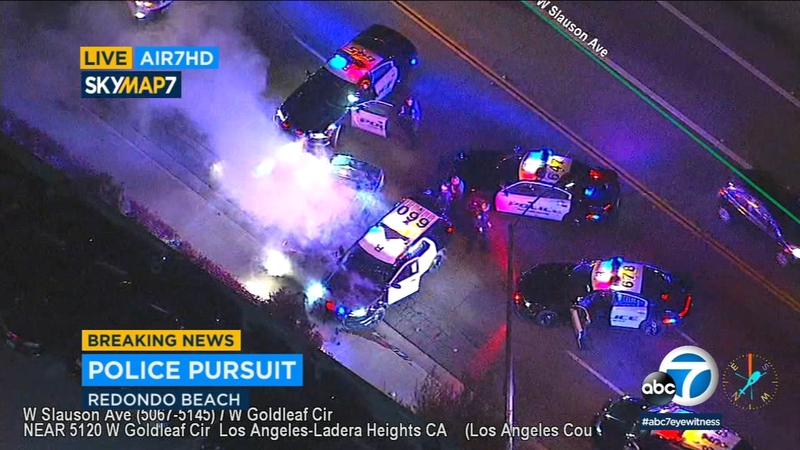 5 in custody after bizarre chase ends in Ladera Heights

LADERA HEIGHTS, Calif. (KABC) -- Five suspects were taken into custody in Ladera Heights Friday after leading a bizarre chase in a vehicle with its hood blown up onto its windshield.

The large sedan jumped the median at one point and drove on the wrong side of the road and into oncoming traffic.

The driver then tried to turn around, and that's when the officers made their move. An officer driving an SUV slammed right into the Mercedes-Benz, shutting the chase down.

Clouds of smoke erupted as the radiators of one or both vehicles burst, and fluid hit the hot engines.

The chase then got more bizarre. Two women suddenly emerged on the scene and were being combative with the officers.

As officers tried to remove the women from the scene, they pushed back and one even took off her shoe, as if she might strike the officers with it.