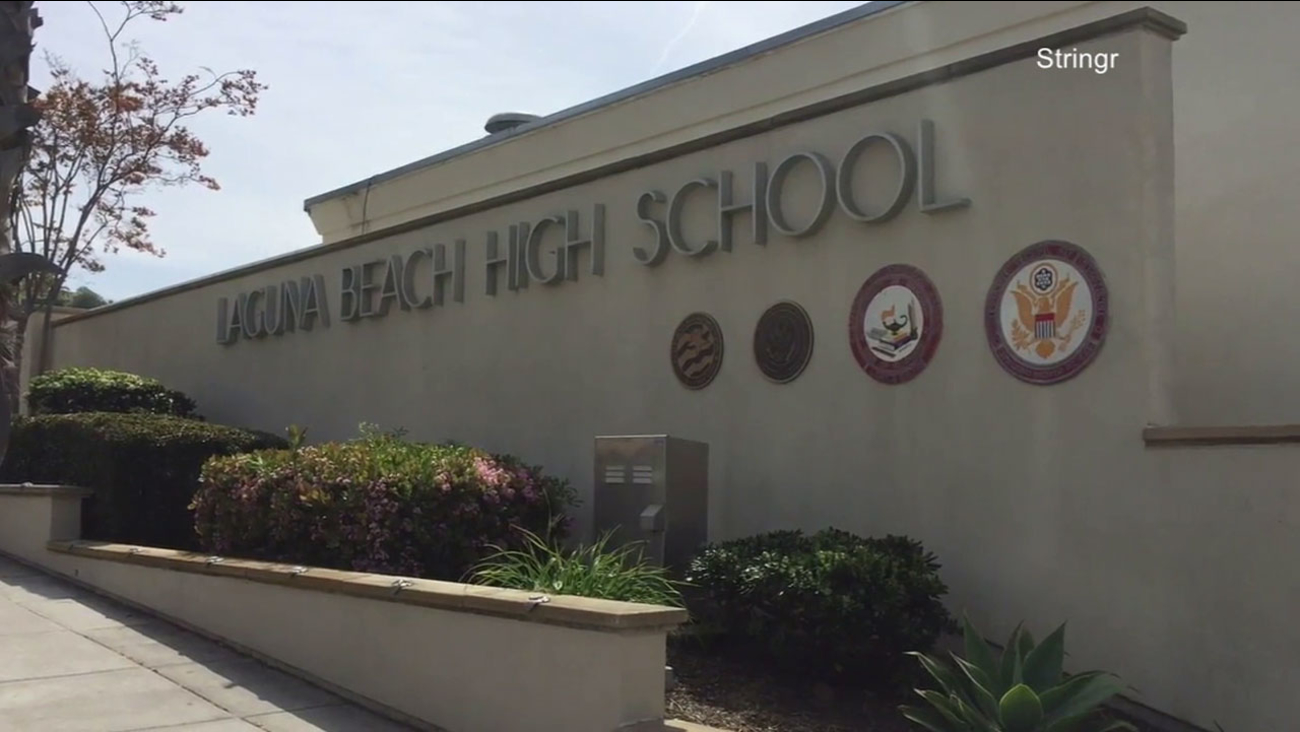 A sign for Laguna Beach High School is shown in a file photo. (KABC)

LAGUNA BEACH, Calif. (KABC) -- A Laguna Beach High School student contracted the measles and caused several students who were unvaccinated to be sent home due to possible exposure.

The school notified parents Tuesday after it was confirmed the day before that the student had measles. In an email, the school said the Orange County Health Care Agency contacted students and staff who had close contact with the sick student and those who many not have been immunized.

A small number of students who have not been vaccinated were asked to stay home until April 18 as a precaution and expected length of exposure period.

The measles spread easily through the air and by direct contact, according to the health agency. Being in the same room as someone who has the measles can increase the chances of contracting it.

Symptoms of the illness can take as little as eight to 12 days or as many as 21 days after exposure. The first signs are a low fever with a dry cough, runny nose and red eyes. After that the fever usually increases to 104 and 105 and is accompanied by a red blotchy rash that starts on the face, hairline and behind the ears.

The rash will eventually spread downward through the body. Most students who contract the measles end up missing at least a week of school, according to the school's press release.

One in every 20 people with measles can develop pneumonia and more serious, life-threatening complications, but those instances are rare.

Another person in Orange County was found with the measles, but has since been vaccinated and treated.