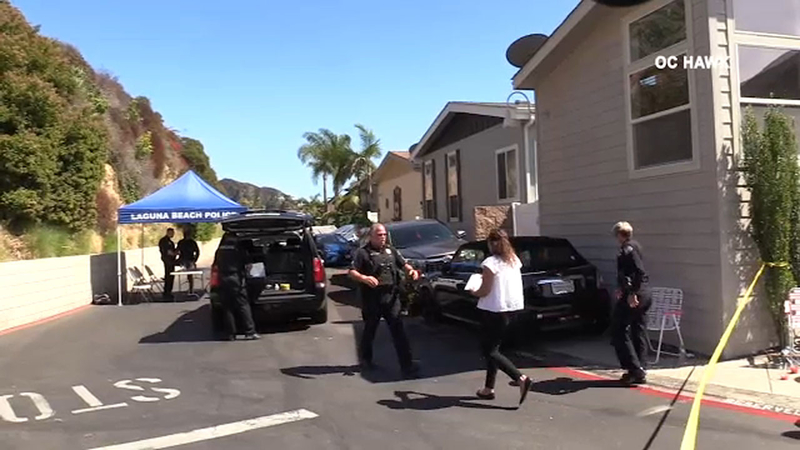 Man in custody after his mother found dead at OC home

LAGUNA BEACH, Calif. (KABC) -- A man was taken into custody after his mother, a woman in her 60s, was found dead Sunday morning at a mobile home park in Laguna Beach, officials said.

Authorities were called to the Laguna Terrace Park community around 10:45 a.m. Sunday for a death investigation.

They found a woman, believed to be 66 years old, dead at a home in the community.

Police are not releasing details about how the woman died.

Witnesses gave a description of a possible suspect and vehicle and the description was broadcast to local and state authorities. By noon, Orange County sheriff's deputies had pulled over an individual matching the description.

The man was described as someone who is either responsible for the woman's death or knows what happened, officials say.

Detectives began searching for the victim's 34-year-old son after hearing reports of an argument. His car was spotted by deputies in San Clemente, and he was taken into custody.

"We do have a family member in custody right now that we feel can fill in the missing pieces of this investigation," Sgt. Jim Cota of the Laguna Beach Police Department said. "We have not officially said that he's being charged with the crime."

Residents comforted each other outside a home in the mobile home park, shocked by the brutal murder.

"This morning I heard a horrible scream and just anguish and sobbing with screaming, not for very long," said neighbor Kelly Louch.

Authorities say the 66-year-old woman's best friend found her dead when she came to pick her up for church Sunday morning.