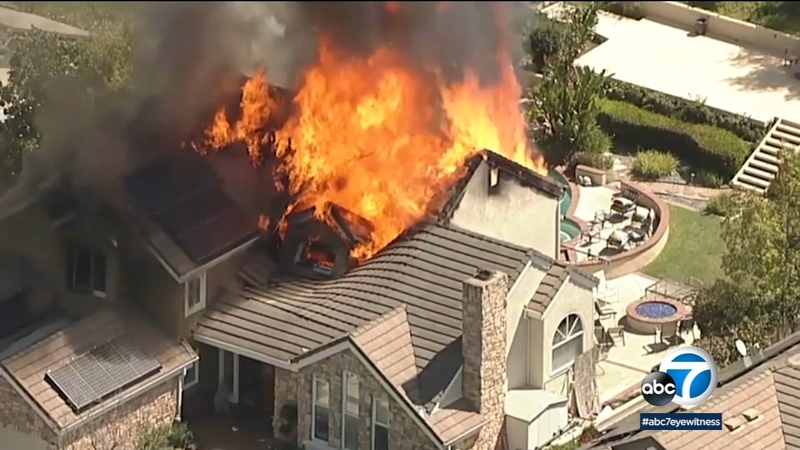 Suspect in custody after fire at Laguna Hills home

LAGUNA HILLS, Calif. (KABC) -- A suspect was taken into custody after authorities responded to a raging fire that ripped through a large home in Laguna Hills on Wednesday.

The Orange County Sheriff's Department responded to the 27700 block of Greenfield Drive around 11 a.m. after receiving a disturbance call stemming from a family dispute.

Officials said deputies attempted to contact residents of the home but didn't receive any answer, prompting them to treat it as a barricade situation.

Shortly after, intense flames broke through the home's roof, sending a thick plume of smoke into the air.

The fire department arrived shortly after but firefighters were not allowed to approach the home because of the possible barricade situation.

Instead they adopted defensive positions to protect nearby homes and tried to douse the flames with hoses from a distance.

Nearby homes were evacuated.

Eventually it was discovered that there was no one barricaded inside, as the suspect was found and taken into custody a few doors down from the home.

Greenfield Drive remained closed to traffic as firefighters stayed on scene to douse hotspots and then enter the home to investigate where and how the fire started.

Residents were asked to stay away or to enter the area on foot if they had to return to their homes.