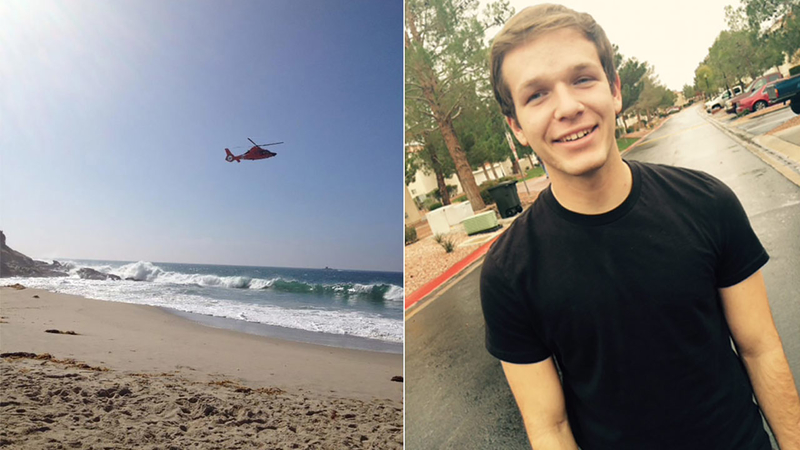 LAGUNA BEACH, Calif. (KABC) -- Authorities are searching for the body of an 18-year-old Nevada resident who was swept off rocks into the ocean amid heavy surf in Laguna Beach.

The victim, identified by family members as Anthony Parnell, disappeared in the water near 1,000 Steps Beach around 1:30 p.m. Sunday. Friends say Parnell was on the rocks when he was hit by high surf and washed away. 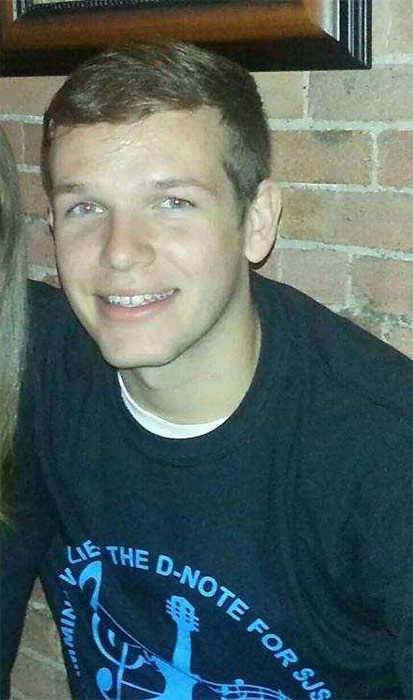 Anthony Parnell, 18, is seen in an undated photo provided by his family.

Authorities say Parnell was at the beach with his girlfriend and two friends. They called for help after seeing him go under the heavy surf. The victim was shirtless and wearing black shorts at the time.

Lifeguards searched until dark in boats as helicopter crews searched from the air for the missing teen. The search was temporarily suspended overnight, but it resumed Monday morning.

Parnell's family was summoned to Laguna Beach from Nevada, according to the Orange County Fire Authority. They were seen comforting each other on shore as crews searched by air.

"The parents have accepted that this is a recovery mode. They came last night. They drove out here as quick as they could," Orange County Fire Authority Capt. Steve Concialdi said.

Despite the danger, the area is popular on social media.

"They come in and people think it's a beautiful place, which it is, but you get on these rocks and you can be taken out very quickly," said Jeff of Laguna Beach.

"As lifeguards, we are constantly telling people to stay out of that area," said O.C. Lifeguards Chief Jason Young.

The cave-like spot is so treacherous, especially amid heavy surf, that so far it's been unsafe for divers to search underwater.

"Our search efforts are being done by lifeguards on foot, who are looking in the cracks, prodding with tools and also walking the coastline," Young said.

Parnell's parents issued the following statement: "Anthony was a wonderful human being. He was caring and very passionate. He loved his family and was incredibly close to his brothers. He loved football, music and art. He was a wonderful athlete and he was looking forward to joining the military like his two older brothers. He had already signed up with the U.S. Army. He loved to lie by the pool and he loved to cook. He respected his Centennial High coaches and he looked up to all of them. In this very difficult time we ask that everyone respect our family and its privacy. Everyone out here [is] working very hard and we are so thankful for all of them, the fire department, the lifeguards, the Laguna Beach Police Department and the TIP (Trauma Intervention Program) volunteers."