An Orange County mom is now facing charges in connection with a rant that was recorded on video inside an eighth grade classroom.

LAGUNA NIGUEL, Calif. (KABC) -- An Orange County mother has been charged with a misdemeanor in connection with a rant that was recorded on video inside an eighth grade classroom.

According to prosecutors, 33-year old Christian Chylyn Prince-Tinsley threatened to hurt students' families if what she described as the bullying of her daughter did not stop.

She was charged with one count of "interference with the good order and administration of a school classroom with the intent to disrupt," the Orange County District Attorney's Office said in a statement.

The incident occurred at Laguna Niguel's Niguel Hills Middle School in May.

"If you all bully my daughter, if you all look at her the wrong way, if you breathe the wrong way, send your moms to me -- sisters, aunts, anybody over 18, I'll (expletive) them all up," Prince-Tinsley says in the video.

The Capistrano Unified School District banned the woman from coming back to campus this year and said they were investigating the allegations of bullying.

At the time, Prince-Tinsley told ABC7 that she did not regret her actions.

"She was sexually harassed at school on Friday. The school took action and they suspended the boy immediately, but because of the suspension, now she's the bad person," the mother said in an interview. "Kids are committing suicide every day because they're getting bullied, I don't want that for my daughter."

Her arraignment is scheduled for Nov. 6th.

"This incident was way more than an attempt to address accusations of bullying," District Attorney Todd Spitzer said in a Tuesday statement. "This was a deliberate act intended to terrorize a room full of young children in the very space where they are supposed to be safe.

"There were lawful and appropriate ways for Prince-Tinsley to address her concerns," the DA added. "Sneaking on campus, entering a classroom during class, taking over the class and verbally threatening 12-14 year old students as an adult was way beyond the bounds of being a concerned parent."

If convicted as charged, Prince-Tinsley could be sentenced to up to a year in jail, prosecutors said. 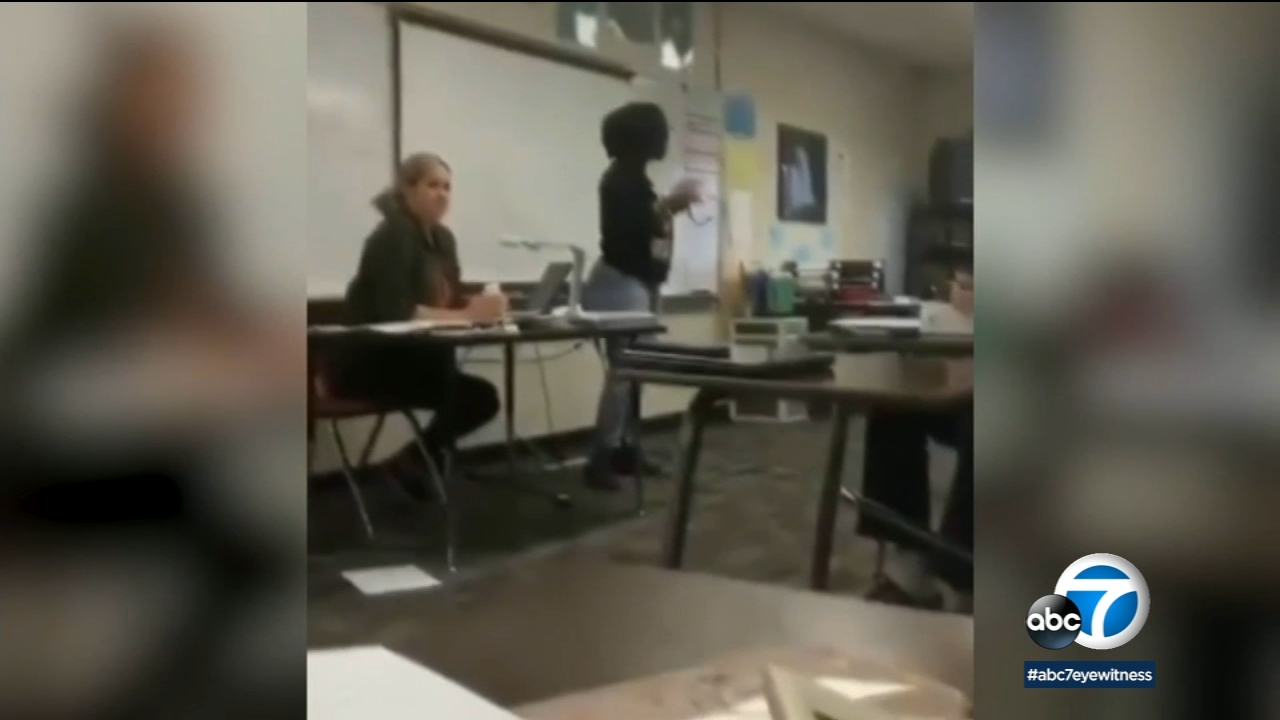