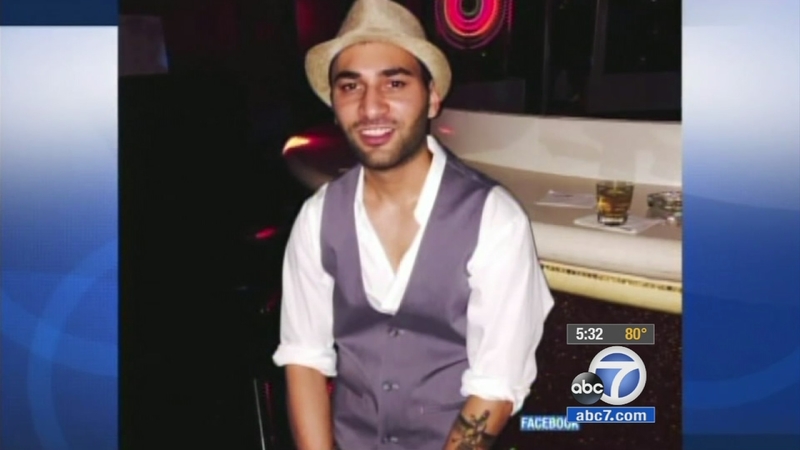 SANTA ANA, Calif. (KABC) -- The family of a murder victim is pleading for the case to be prosecuted as a hate crime. The victim was an Iranian-American. Prosecutors say the suspect is an admitted white supremacist.

The mother of 22-year-old Shayan Mazroei sat in tears Monday as the family's lawyer demanded hate crime charges be brought against the man suspected of stabbing her son to death.

"Shayan's murder is a brutal attack on not only against a talented man with a bright future, but against our entire community," said Neama Rahmani, the family's attorney.

The National Iranian American Council is also asking for the charges.

Earlier this month, prosecutors say Mazroei got into an argument with a woman at Patsy's Irish Pub in Laguna Niguel. A short time later, prosecutors say 37-year-old Craig Tanber, who knows the woman, stabbed Mazroei to death.

"His thoughts on Iranian-Americans are clear. We are still investigating his comments, if any, and his motivation," said Rahmani.

Prosecutors say Tanber is a known gang member and admitted white supremacist. After five days on the run, deputies arrested him at a Motel 6 in Westminster.

Investigators do not believe race played a role in the murder.

"It's not even close to have enough evidence to charge it as a hate crime. It is a murder, it is charged as a murder," said Senior Deputy District Attorney Larry Yellin.

Prosecutors say if convicted, this would be Tanber's third strike, and he would face 76 years to life in prison. If a hate crime enhancement is added, it's a mandatory life sentence.

"In addition to the tangible effects of a life sentence, it does send a message to the broader community both Iranian-American and the public at large," said Rahmani.