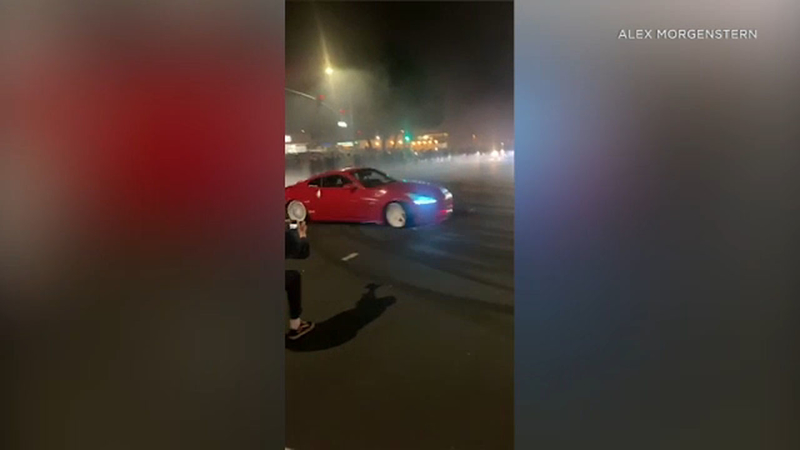 LAGUNA NIGUEL, Calif. (KABC) -- A group of super-charged cars were captured on camera as they illegally took over an intersection and performed donuts in Laguna Niguel.

The incident happened over the weekend at Golden Lantern and Crown Valley Parkway, which blocked traffic in the area. Drivers were doing dangerous stunts, just inches from the crowd.

An Eyewitness News viewers said about two dozen cars took part in the noisy intersection takeover, with more than 100 spectators watching from nearby parking lots.