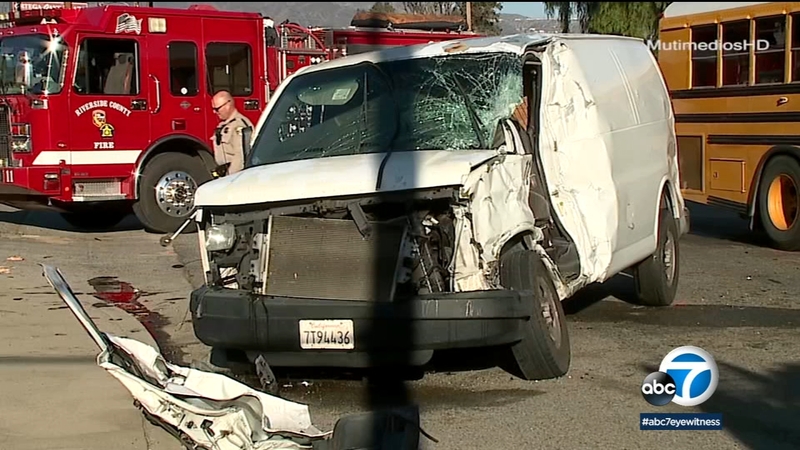 The incident occurred about 7:30 a.m. in the 1400 block of Morro Way after the driver of the van rolled through a stop sign, colliding with a bus that was carrying eight students en route to Lakeland Village School, according to authorities. The crash left the driver of the van and a 5-year-old girl seriously injured, officials said.

At least one person was trapped in a vehicle and had to extricated by emergency crews.

Authorities say a man and three children were traveling in the cargo van.

"There were four occupants in the van, all in the front. The 5-year-old next to the driver was unrestrained, as were the driver and the other two occupants," California Highway Patrol Sgt. Mark Von Voigt said.