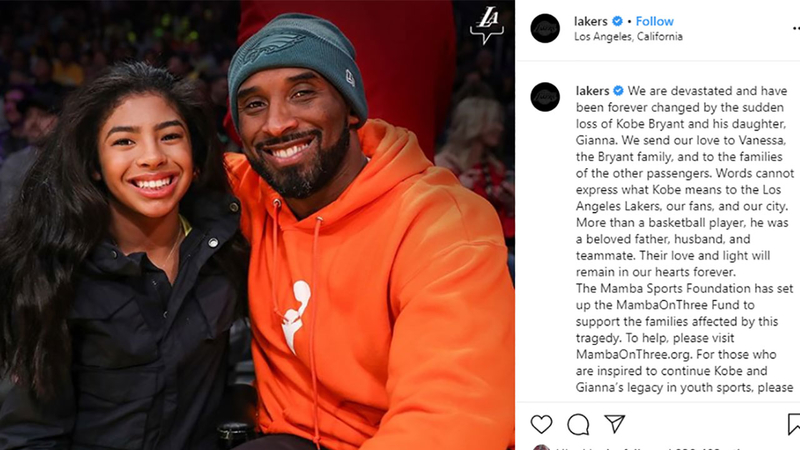 LOS ANGELES (KABC) -- The Lakers organization has issued its first public statements about Kobe Bryant, saying they are "devastated" and "forever changed" by his death.

The team is also encouraging fans to contribute to Kobe's foundation to support the other families impacted by Sunday's deadly helicopter crash that claimed nine lives.

We are devastated and have been forever changed by the sudden loss of Kobe Bryant and his daughter, Gianna.

We send our love to Vanessa, the Bryant family, and to the families of the other passengers. Words cannot express what Kobe means to the Los Angeles Lakers, our fans, and our city. More than a basketball player, he was a beloved father, husband, and teammate.

Their love and light will remain in our hearts forever.

Tributes have been pouring in from around the world about the late NBA superstar. On Wednesday, his widow Vanessa spoke up for the first time with a moving Instagram post.