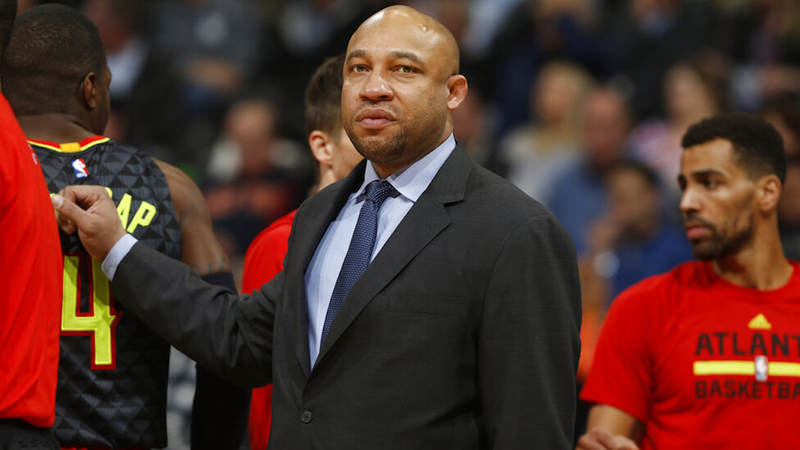 LOS ANGELES (KABC) -- Milwaukee Bucks assistant Darvin Ham has agreed to a four-year deal to become the next coach of the Los Angeles Lakers, sources told ESPN on Friday.

ESPN's Adrian Wojnarowski reported the news on Twitter, tweeting: "Lakers had formal interview with the Bucks assistant on Thursday and offered job today, sources said. Ham takes over the Lakers as a first-time head coach."

The 48-year-old Ham is getting his first head coaching job as the 28th coach in Lakers history. He has been an assistant to Mike Budenholzer with the Milwaukee Bucks since 2018, and he played a role in their run to the 2021 NBA title.

Lakers had formal interview with the Bucks assistant on Thursday and offered job today, sources said. Ham takes over the Lakers as a first-time head coach. https://t.co/8hCVatbraw

According to Wojnarowski, Ham's deal will be for four years.

"So damn EXCITED!!!!!!!! Congrats and welcome Coach DHam!!" Lakers star LeBron James tweeted in response to news of the hiring.

Ham will be the successor to Frank Vogel, who was fired one day after the Lakers wrapped up one of the most disappointing seasons in NBA history by going 33-49 and missing the playoffs.

Ham was an assistant with Kobe Bryant's Lakers from 2011-13 on the staffs of head coaches Mike Brown and Mike D'Antoni. Ham then had a five-year stint on the Atlanta Hawks' staff.

Ham played parts of nine seasons in the NBA and won a championship with the Detroit Pistons in 2004 before moving into coaching in 2008. The Michigan native played collegiately at Texas Tech.