53-year-old man with terminal cancer attacked, killed while walking near his home in Lancaster

The family of a 53-year-old man who was attacked and killed in Lancaster last week is speaking out and demanding justice for him.

LANCASTER, Calif. (KABC) -- The family of a 53-year-old man who was attacked and killed in Lancaster last week is speaking out and demanding justice for him.

After getting a soda from a nearby AM/PM around 1:30 a.m. last Wednesday morning, Daniel Garcia and a friend, Fabian Torres, were walking along East Avenue K when investigators say three men got out of a white car and confronted them.

"They walked over to him and one guy hit him and that was it. They told me what was I going to do and I told them I was going to call the cops. They got in their car and drove off," Torres said.

Garcia, whose family says he was battling terminal cancer, was left to die in the street.

"I want justice for my kids. Their father didn't deserve to die the way that he did for getting sucker punched in the face. He was dying of stage 4 colon cancer. He was very weak," said his widow Lucinda Lopez.

His family says they will continue to fight for justice in his death, but the Los Angeles County Sheriff's Department told Eyewitness News the suspects who attacked Garcia and his friend have not been found.

Hours after Garcia was attacked, 80-year-old Roberto Flores Lopez was brutally beaten inside the bathroom of a Lancaster supermarket and survived. Two suspects have since been arrested in that beating but they are not believed to be connected to Garcia's murder.

The victims are Hispanic and the suspects are African American. Family members of both victims, along with community leaders, are calling for unity.

"It's just not right what's going on in the world right now. It needs to be changed," said Lopez's daughter, Cecilia Ramirez.

Anyone with information about what happened to Garcia is urged to contact homicide detectives with the L.A. County Sheriff's Department at (323) 890-55o0. 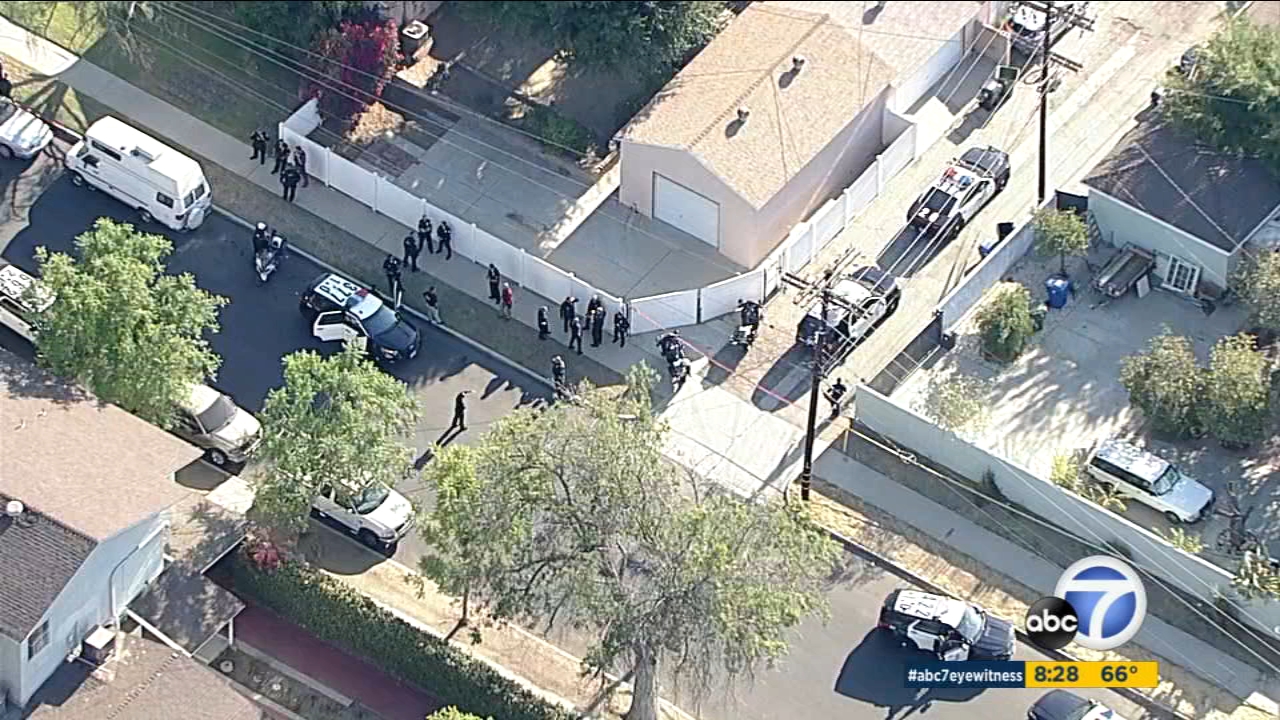