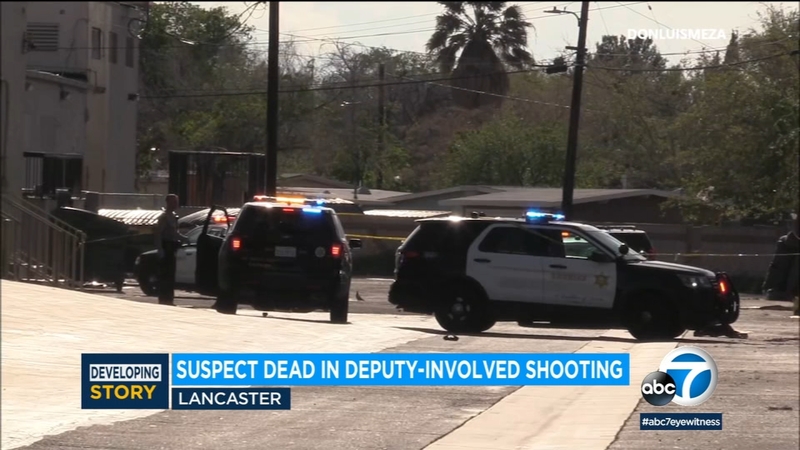 LANCASTER, Calif. (KABC) -- A man was fatally shot by sheriff's deputies while attempting to flee on foot in Lancaster Sunday, authorities said.

Los Angeles County sheriff's deputies responded to reports of a man with a gun in the 1100 block of West Avenue I around 4:20 p.m.

When deputies encountered a man matching the description of the suspect, they attempted to detain him, leading to a foot pursuit.

During the chase, the man was shot. The suspect was transported to a hospital, where he was pronounced dead.