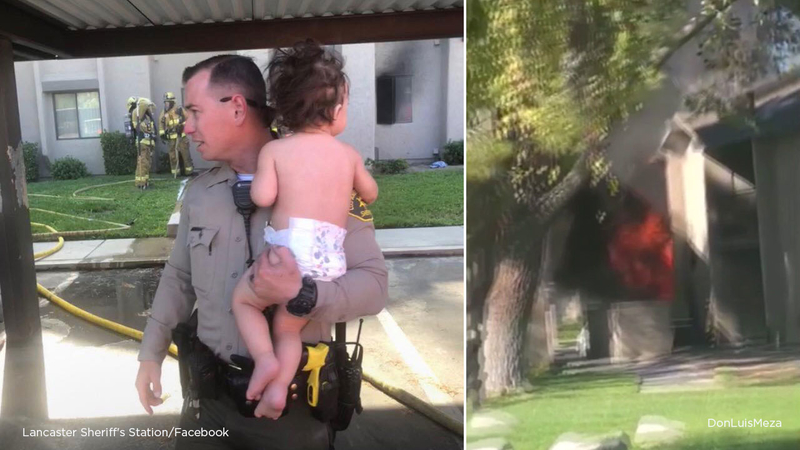 LANCASTER, Calif. (KABC) -- Two Los Angeles County deputies are being hailed as heroes after they saved a father and his young son from a burning building in Lancaster.

Deputies received a call about a structure fire at an apartment complex near 16th Street West and Avenue K-8 shortly after 4 p.m. Wednesday.

Several apartments were fully engulfed in flames. As firefighters fought to extinguish the blaze, they asked for a complete evacuation of the buildings.

Despite neighbors assuring that everyone was safely evacuated, deputies Harris and Goldstein ran up the stairwell of the burning building to the second floor to ensure everyone was out.

The two deputies found a locked door and knocked on it. When no one answered, they kicked the door open and found a man inside who had just woken up from a nap. A small boy was also asleep in another bed.

Goldstein carried the child out and Harris escorted the father. Neither of the two appeared to be hurt.

Once the pair was safely evacuated, the father realized the magnitude of the fire and thanked the deputies several times.