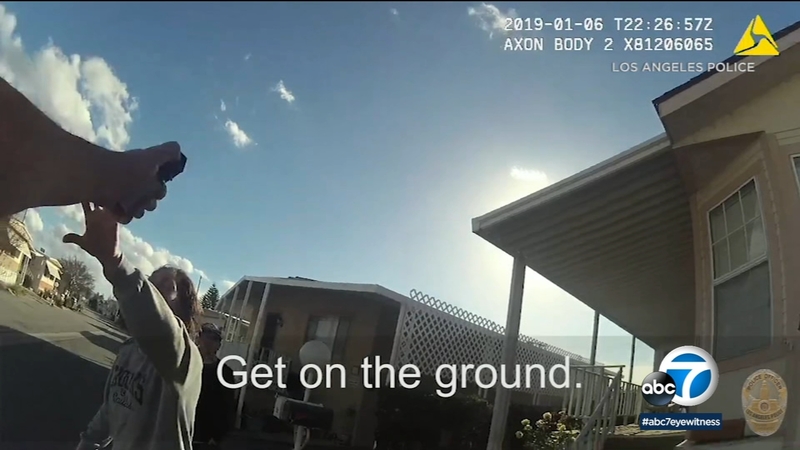 LOS ANGELES (KABC) -- The Los Angeles Police Department has released body camera video of an officer's physical confrontation with a woman who had allegedly threatened neighbors and broke windows in a Chatsworth mobile home park.

In the confrontation, the woman is seen refusing to obey the officer's commands and cursing at him. The officer uses physical force and pepper spray to bring the woman to the ground and take her into custody.

The incident happened Jan. 6 in the Chatsworth Mobile Home Park on Lassen Street. The original call was for a woman, around 21 years old, breaking windows, throwing items out of a window and threatening neighbors.

LAPD body camera video shows an officer's physical confrontation with a woman who had allegedly threatened neighbors and broke windows in a Chatsworth mobile home park.

The chief of police later reviewed the incident and determined that because of the way the officer held the woman's throat as he tried to get her under control, the incident was considered a categorical use of force that merits further review.