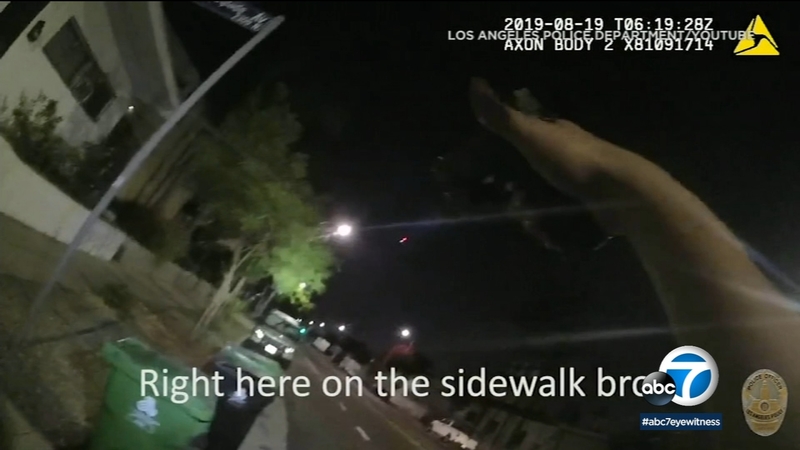 The incident happened Aug. 18 before 11:30 p.m. It was captured on the officers' body worn cameras.

The newly released video captures the shootout on the streets of El Sereno between LAPD officers and man, who minutes earlier walked up to their patrol car and opened fire, hitting the driver's side door.

Officers turned around to try to track down the suspect, later identified as Roberto Gabriel, a 33-year-old gang member, police said.

One officer spotted him nearby on the sidewalk.

Video captures when the shots are being fired.

During the situation, other vehicles pass by.

The suspect then takes off running again, but encounters other officers responding to the original call.
"He's behind you. He's behind you," an officer is heard shouting.

Multiple shots are then fired.

Police said the suspect was shot and officers moved in to handcuff him.

Gabriel later died in a hospital.

Investigators said a 9mm handgun was recovered at the scene.

Police said Gabriel had a long criminal history, including evading a peace officer, possession of an assault weapon and robbery.