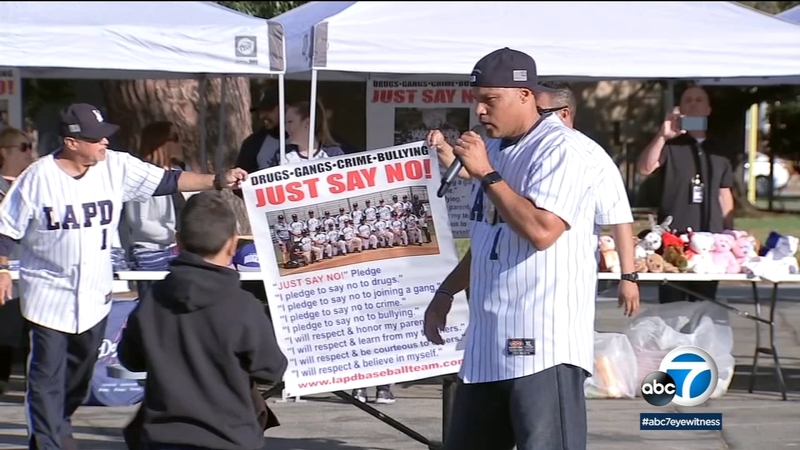 Outside on the playground of Harding Elementary, officers are asking kids to "Just Say No" to gangs, crime, drugs, and bullying.

The kids danced, played games, and most important, took a pledge not to bully.

Despite the efforts of many schools to prevent it, the LAPD says it has seen a rise in bullying.

In a separate incident, a student in Orange County was arrested for fighting.

"It's becoming a big problem even at elementary schools. Kids are getting picked on a lot. You see it getting worse as they get older," said Kathy Barron, mother of a Harding Elementary student.

According to a 2017 survey from the California School Climate, 25 percent of students had experienced harassment or bullying in the last 12 months.

Twenty percent had experienced cyber bullying in the last 12 months.

This is why parents believe these programs are so important.

"I was very excited for the kids. I think it's something positive," said Sarah Pacheco, another Harding parent.

This is the LAPD's 44th "Just Say No" rally at an elementary school.