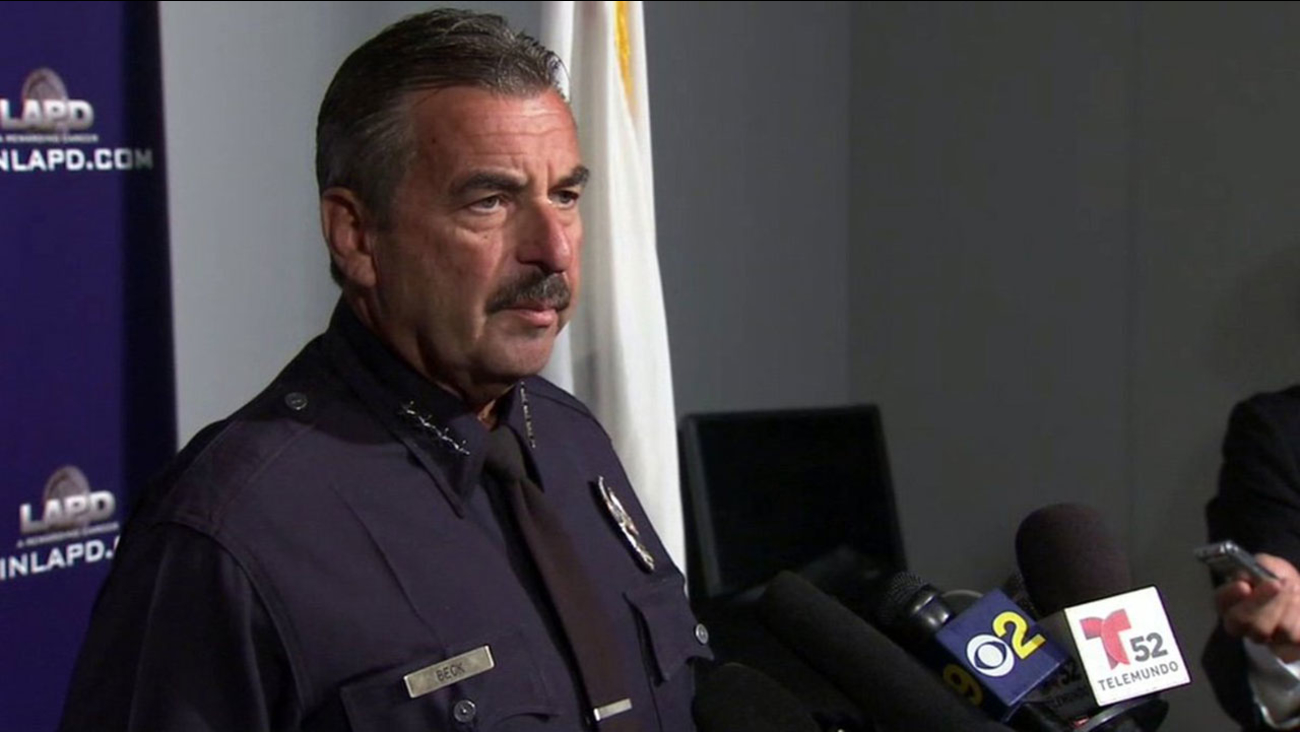 "While it would be foolish to minimize the lethal brutality of street gangs and in particular MS-13 here in Los Angeles, we have seen a steady decline in gang membership and gang crime in the city," Beck said in a statement. "Through a multi-layered strategy of enforcement, relationship building, and law enforcement collaboration, we have been able to shrink MS-13's sphere of influence in Los Angeles."

He added that engaging with the public and building trust was vital in those effort and that targeting immigrant communities was not the answer.

"We have made our biggest impact by arresting and incarcerating individuals who engage in violent crime and not the general deportation of the residents they victimize," he said.

Earlier in the day, Trump said he is considering pulling U.S. Immigration and Customs Enforcement officers from California, warning that the nation's most populous state would turn into a "crime nest" without the federal agents.