Watch the chief's full interview in the video above from Eyewitness News at 11 a.m.
Report a correction or typo
Related topics:
californialos angelesduilapdlawsdrinking
Copyright © 2020 KABC-TV. All Rights Reserved.
RELATED 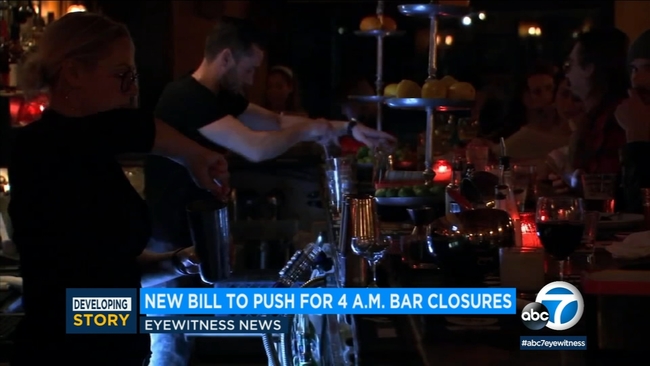 Last call bill to be revived, would be tested in 9 CA cities
More Videos
From CNN Newsource affiliates
TOP STORIES