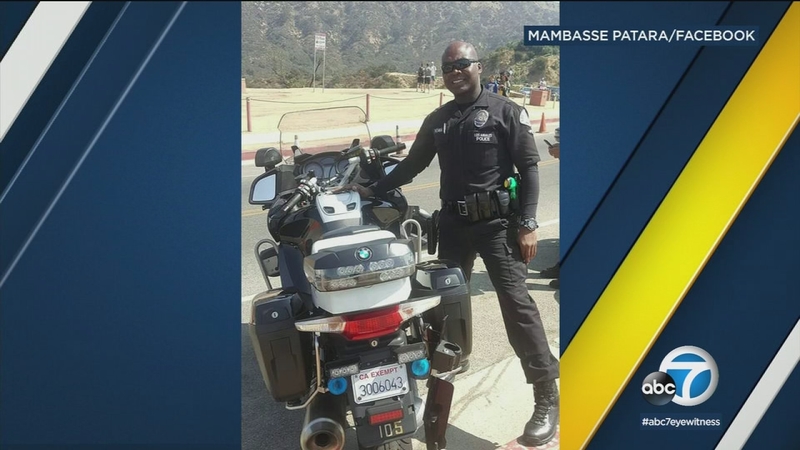 LAPD cop accused of trying to smuggle 2 at immigration checkpoint

LOS ANGELES (KABC) -- A Los Angeles Police Department officer has been arrested and federally charged after allegedly attempting to smuggle two people through an immigration checkpoint in Southern California.

Mambasse Koulabalo Patara was charged with the intent to violate the immigration laws of the U.S., knowing or in reckless disregard of the fact that two aliens had come to, entered and remained in the U.S. in violation of law, did transport and move said aliens within the United States in furtherance of such violation of law, according to a complaint released Thursday.

Authorities say Patara was driving with two people inside his car who were later found to be in the country illegally.

It all happened around midnight Tuesday in the remote Pine Valley area of Eastern San Diego County, about 12 miles north of the Mexico border.

An agent observed a black 2006 Toyota Corolla sedan approach the primary inspection area of a U.S. Border Patrol checkpoint and noticed the vehicle was occupied by Patara and his two passengers, ID'd as German Ramirez-Gonzalez and Fermin Lopez.

According to the federal complaint, Patara, who "appeared to be nervous and was visibly shaking," showed his LAPD identification card and had his service weapon inside the car at the time.

Ramirez-Gonzalez said he and his uncle, Lopez, had crossed the border six days earlier. Ramirez-Gonzalez added that he worked for Patara at Patara's home in Fontana and had known him for five years, calling him by his first name.

Ramirez-Gonzalez told the agents that the trio had gone to two casinos to gamble on Monday and were headed back to Los Angeles.

Neither man claimed to have made any smuggling arrangements with Patara.

An LAPD spokesperson said the agency's captains have been notified of the arrest and the matter is under investigation by the Internal Affairs Division. The spokesperson declined further comment, citing the open case.