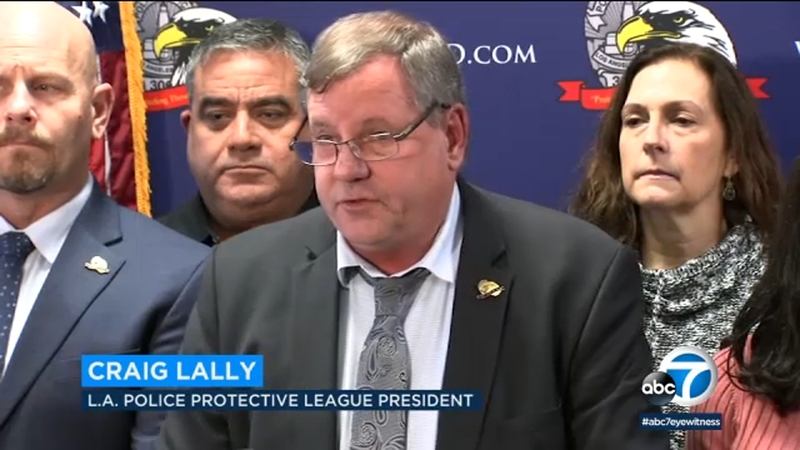 LOS ANGELES (KABC) -- The union representing Los Angeles Police Department officers is apologizing to the family of a deceased woman whose body was allegedly groped by an officer assigned to her case.

Police are investigating body camera video that appears to show an officer fondling the breasts of a female corpse after the officer was called to the scene for a reported death.

The officer had turned off his body camera, but the buffering function captured video of the alleged activity.

A detective reviewing footage in the case later discovered the alleged groping and reported the incident.

The Los Angeles Police Protective League, which often is in the position of defending actions of officers accused of wrongdoing, said there is no defense for this behavior if proven true.

"We want the family to know this alleged behavior is repugnant, reprehensible and indefensible," said Craig Lally, president of the LAPPL. "We are sorry for the pain this has caused you."

Lally said in his 39 years with the force, he had never heard of an incident like this.

The PPL generally has a duty to represent the officer in a departmental disciplinary proceeding. But if the matter goes to the criminal courts, Lally said the union will not defend the officer in that venue.