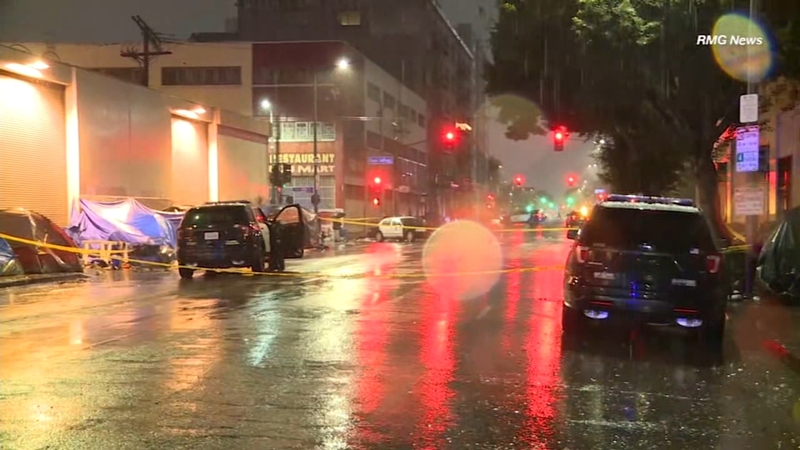 DOWNTOWN LOS ANGELES (KABC) -- An off-duty Los Angeles police detective clings to life Thursday after being involved in an early-morning shooting on Skid Row, and many questions remain about the incident.

Authorities were called to the area of 6th Street between Wall and San Julian around 3:30 a.m. regarding an officer-involved shooting.

"During this incident an off-duty detective and a suspect were severely injured," Lt. Chris Ramirez said.

Eyewitness News learned the off-duty narcotics detective has been identified as Mike Johnson, who is out of LAPD's 77th Division.

The shooting may have happened inside or near a homeless person's tent. Video from the scene showed another man with what appeared to be an injury to his stomach being transported to a hospital.

So far, authorities are not saying what led to the shooting. Others, who know the area, said they wonder why the detective was there while off-duty.

Investigators said they're interviewing witnesses and looking at any surveillance video. Authorities would also not say what the detective was doing before the altercation, just that both he and the suspect remain hospitalized.

"We still haven't talked to the involved parties. They're in critical condition. So we're just waiting to be able to talk to them and find out what happened," Ramirez said.