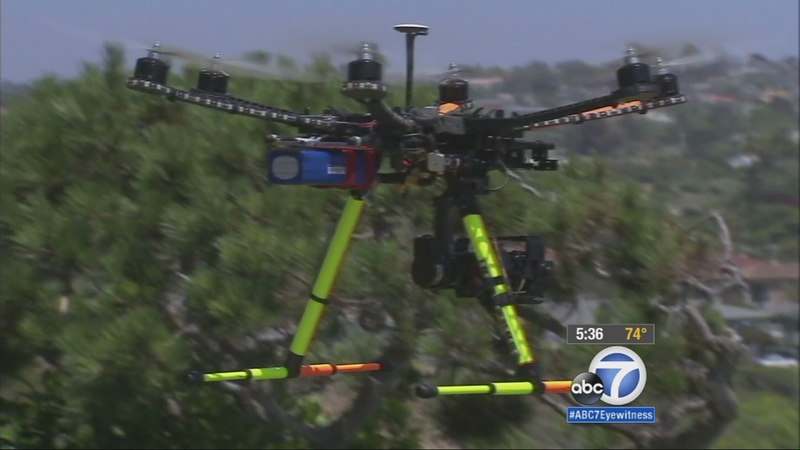 LOS ANGLES (KABC) -- The L.A. City Council voted unanimously Tuesday to instruct the LAPD, the Police Commission and the City Attorney's Office to come up with criteria for operating drones in Los Angeles.

The Los Angeles Police Department has two high-tech drone aircraft that it has not used so far, in part because of questions about safety and privacy.

The drones were given to the LAPD by the Seattle Police Department. Those drones have been sitting in storage for months as the department and the city figure out how to use them.

A series of public hearings will be scheduled by the Police Commission and the L.A. City Council to allow the public to give feedback.

"Make sure that they have strict policy in types of events or disasters where they can be deployed, like in a major earthquake to go look at bridges and underpasses and waterways, where they make sense, where they're not impeding on public safety or particularly on their privacy rights, and that's the key to this," said Councilman Mitchell Englander.

Cities, states and the federal government are all grappling with policies for dealing with drones.

"What do they want to use it for, that's my question," said Walnut resident Huma Nisar.

Most of the people Eyewitness News talked to who work in downtown L.A. said that's what they want to know.

If it's for public safety such a monitoring criminal activity, nothing else, they're for it.

"I believe that if you're going to use something for the good of the public, that sounds fine to me, but the question is who decides that that's how far you go," said West L.A. resident Funke Ojuri.

"I think drones should be used as long as they're doing their best to make sure that our privacy is not invaded," said Orange County resident Jake Cesana.