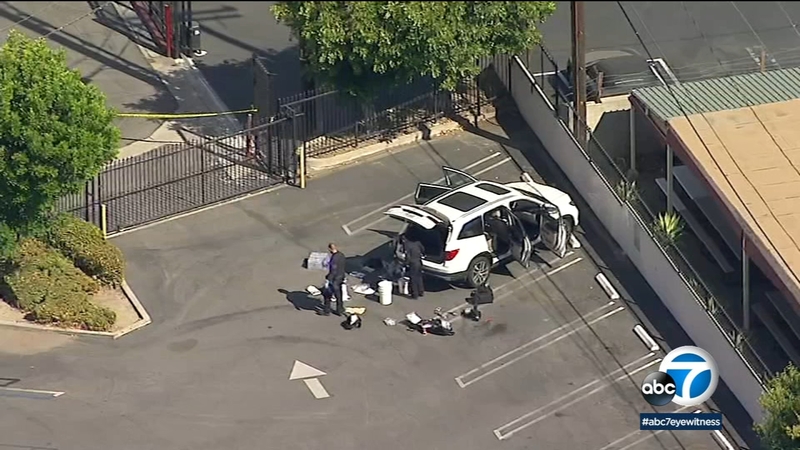 NORTH HOLLYWOOD, LOS ANGELES (KABC) -- Two Los Angeles police officers and a supervisor were hospitalized Friday after they were possibly exposed to fentanyl during an arrest in North Hollywood.

The officers were called to a parking lot in North Hollywood around 11 a.m. after a witness reported seeing a man pull out a gun during an alleged drug transaction, according to LAPD.

One person was taken into custody.

A short time later, officers found the suspected fentanyl in a container of the suspect's car during a search.

The officers and supervisors were transported to an area hospital as a precaution and have since been released.