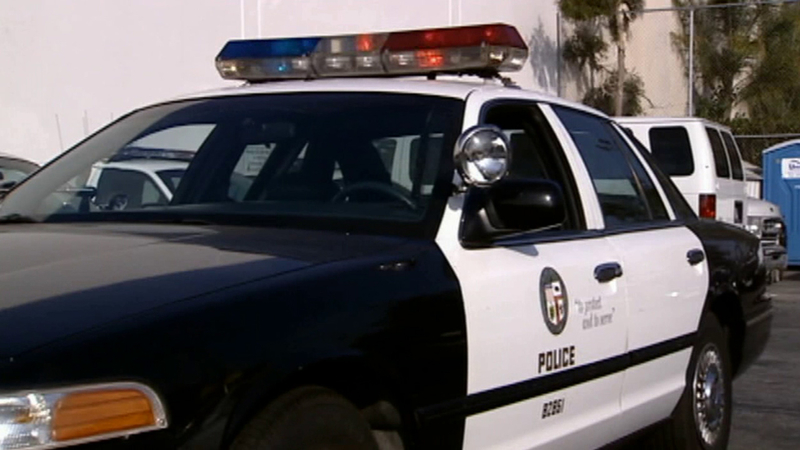 LOS ANGELES (KABC) -- The Los Angeles Police Department says it's put the brakes on so-called "ghost cars" on patrol, after an Inspector General investigation revealed that officers were falsifying patrol numbers to give the appearance that staffing was higher.

"This is not part of the culture of the Los Angeles Police Department. This is not something that we condone, that we encourage or that we foster through our policies," LAPD Chief Charlie Beck said.

The investigation began after an officer reported the practice to the Inspector General, which serves as the LAPD's watchdog.

According to the report, police logs showed that officers were out patrolling when they were actually performing other duties, such as desk work or working with other units.

"This practice created safety concerns for any officer on patrol throughout the city of Los Angeles and gave the public the misconception that more officers were out patrolling their neighborhoods when in fact they were not," said Mark Cronin, secretary for the Los Angeles Police Protective League's Board of Directors.

LAPD Assistant Chief Earl Paysinger said the issue has been dealt with.

"In my review of the facts over the last several months having dealt with this issue, I found no instance where public safety was in any way compromised," Paysinger said.

LAPD Det. David Nunez, a 31-year veteran of the department, told the commission the reason an officer went straight to the Inspector General instead of his or her superiors was because of a fear of the possible consequences.

"Our officers, they fear management. They feel that once they identify an issue they're going to suffer retaliation and harassment and eventually the loss of job," Nunez said.

The department acknowledges what happened and said it immediately ended the "ghost car" practice.

"I'm confident, at least based on the information that I have, that this behavior is no longer occurring," Inspector General Alexander Bustamante said.

Beck confirmed the practice had ended.

"Recent audits have showed absolutely no occurrences of it. We've been very clear with our employees that we expect you to deploy the cars as we have asked," Beck said.