Officer pistol-whipped, not shot, during altercation with suspect at LAPD station in San Pedro

During the altercation, the suspect took the officer's weapon and fired multiple shots but none of them struck the officer.
KABC
By Jade Hernandez 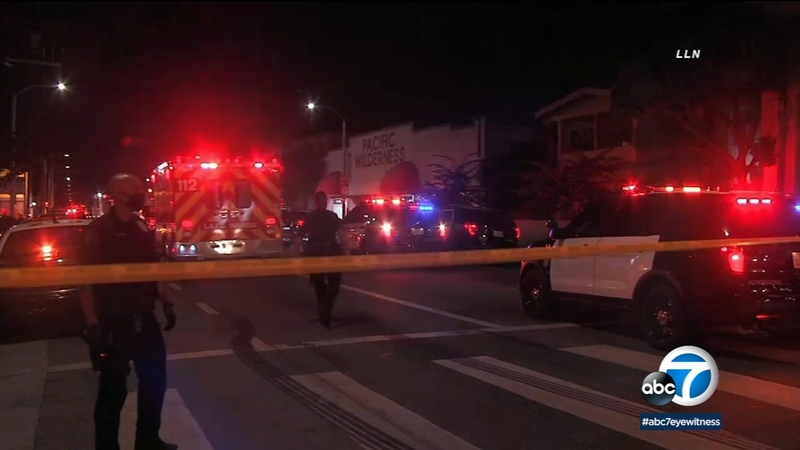 SAN PEDRO, LOS ANGELES (KABC) -- The Los Angeles Police Department says an officer was not shot, as had originally been feared, but was assaulted and injured during an altercation inside its station in San Pedro on Saturday night.

Just before 10 p.m., a desk officer at the Harbor Station was assisting a man who walked in. The two were having a discussion that turned into an altercation when the suspect took the officer's weapon and fired multiple shots at the officer, according to police. No one was hit by the bullets.

The station's watch commander heard the commotion, came out to the lobby area, and returned fire at the suspect, who was not hit and managed to flee from the station in a pickup truck.

A few hours after the incident, Moore tweeted that the officer was at the hospital with "bumps and bruises." His injuries were consistent with being pistol-whipped or assaulted.

Spoke with officer at hospital. He is resting and will be ok. Bumps and bruises. He was not shot. Harbor units responding pursued suspect and took him into custody.

Shortly after the suspect took off, nearby units located him and a short chase ensued.

At the end of the pursuit, there was another fight and another officer suffered a minor injury.

The suspect was arrested and was being treated for minor injuries sustained during the chase.

Members of the public were dropping by the station on Sunday to drop off gifts and express their hopes for the officer's quick recovery.
Report a correction or typo
Related topics:
san pedrolos angeleslos angeles countyofficer injuredpolice chaseofficer involved shootingshooting
Copyright © 2021 KABC-TV. All Rights Reserved.
More Videos
From CNN Newsource affiliates
TOP STORIES