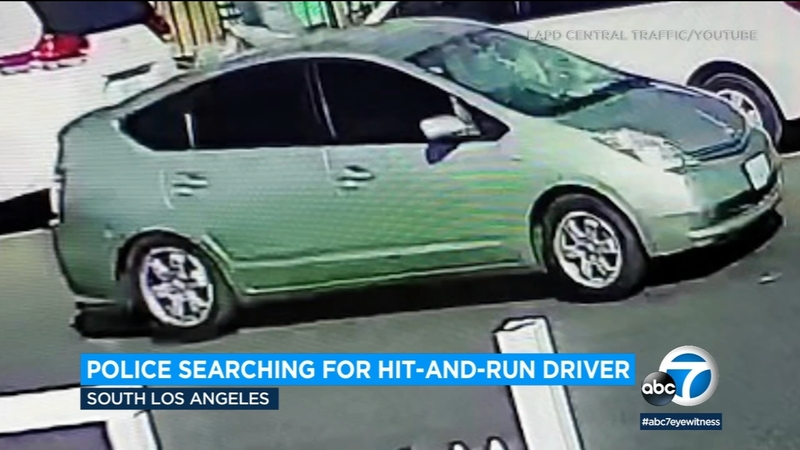 SOUTH LOS ANGELES (KABC) -- In an effort to find a hit-and-run driver who struck a 51-year-old man on a street in South Los Angeles, police on Monday released disturbing surveillance video that shows the violent collision.

According to investigators, the pedestrian was crossing East 49th Street on Sunday morning when he was struck by a light green Toyota Prius.

The dramatic footage shows the victim being launched into the air upon impact and tumbling head over heels. Meanwhile, the car continues onward as the driver flees the scene.

The collision left the pedestrian in critical condition, the Los Angeles Police Department said in a statement.

The car's model year is believed to be "2004 to 2009," the news release said, adding that the front windshield was heavily damaged in the incident.

A description of the driver was not available.