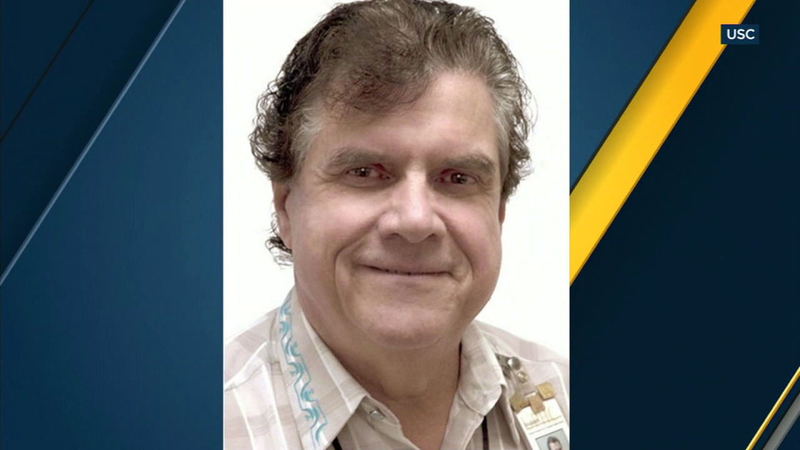 LOS ANGELES (KABC) -- Los Angeles police are reaching out to the public for more potential victims of sexual misconduct done by a former USC gynecologist to come forward to help an investigation.

Deputy Chief Justin Eisenberg said the timeframe for any possible crimes happened between 1990 and 2016, which he said is consistent with Tyndall's tenure at the university.

MORE: USC reveals investigation into gynecologist who treated students for years despite complaints

Capt. Billy Hayes said 39 of those people came forward after calling the USC hotline. He added that that hotline has received more than 200 calls regarding Tyndall's behavior over the years. The other 13 people contacted LAPD independently.

Authorities said they are investigating the claims provided by the people who have come forward so far and that the Los Angeles County district attorney will review any cases that are presented for possible criminal charges.

The investigations stem from a letter sent by USC President C.L. Max Nikias in mid-May stating that the university began looking into allegations against Tyndall in 2016. Tyndall, who worked at the clinic for 30 years, was placed on paid administrative leave.

The letter revealed that the investigation found Tyndall had made racist and sexually inappropriate comments as well as conducted improper pelvic exams. Tyndall was terminated in June 2017, a year after the investigation began.

In addition to those findings, Nikias said many complaints from years earlier were filed against Tyndall but the former director of the health center chose to independently investigate those claims, which left the doctor to continue examining students despite the complaints.

The university did not report these matters to the state medical board.

Nikias then urged current and former students to come forward with any more information regarding any inappropriate or possible criminal behavior done by Tyndall.

That letter resulted in former USC students suing the campus as well as class-action lawsuits for the campus failing to protect students from the suspected sexual abuse.

The scandal also led to calls for Nikias to resign as president of USC, and ultimately he agreed to resign on May 25.

USC's Board of Trustees sent a letter to faculty, staff and alumni confirming Nikias will be replaced as president.

"We have heard the message that something is broken and that urgent and profound actions are needed," it said.

Nikias agreed to an "orderly transition," but it was not clear when Nikias would step down and be replaced.