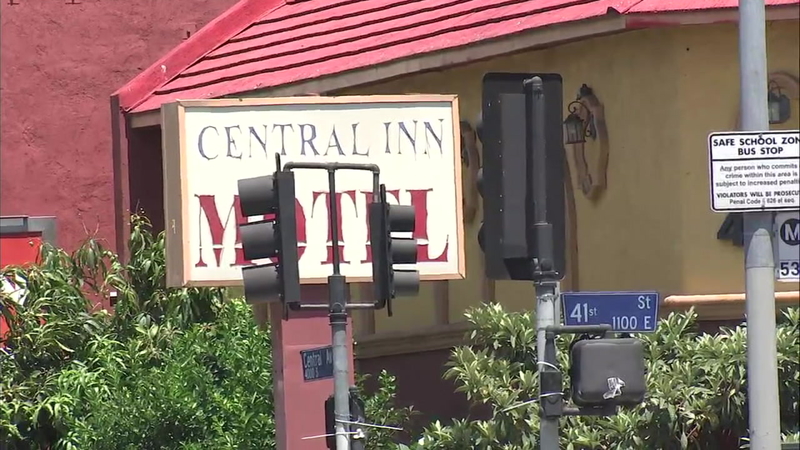 According to the LAPD, the incident occurred about 11:30 a.m. as Gang and Narcotics Division officers and an FBI task force were searching for the suspect at a motel in the area of 41st Place and Central Avenue.

The suspect, a gang member who had an outstanding warrant, was armed with a firearm when authorities located him in the motel's parking lot, police said.

The suspect, whose name was not released, died at the scene. According to police, he was suspected of killing one relative and wounding another at a family party last month.

"The FBI has sent several resources and their investigators to the scene," Aguilar said. "They will be working side-by-side with ours."