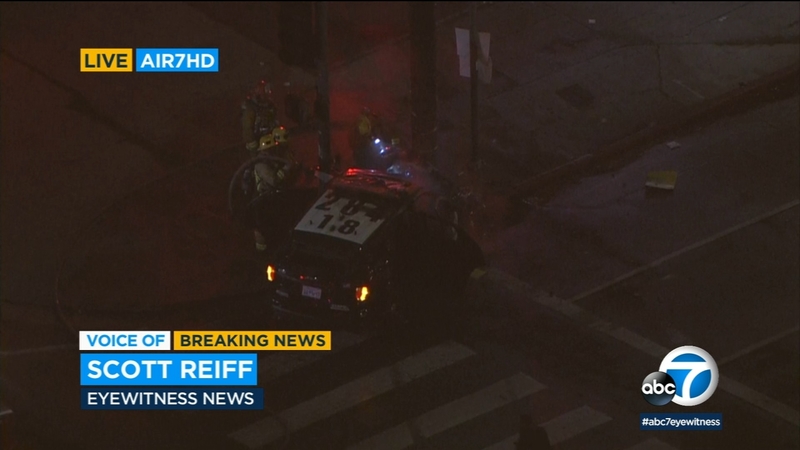 SOUTH LOS ANGELES (KABC) -- Two Los Angeles police officers were injured after crashing while they were in pursuit of a suspect in South Los Angeles early Monday morning, police said.

The crash happened at Florence and Vermont avenues when LAPD officers were chasing a possible DUI suspect in a white BMW and hit a pole.

The suspect in the BMW was last seen traveling eastbound on Florence from Vermont, according to police.

The officers injuries were considered to be non-life threatening, according to the Los Angeles Fire Department.