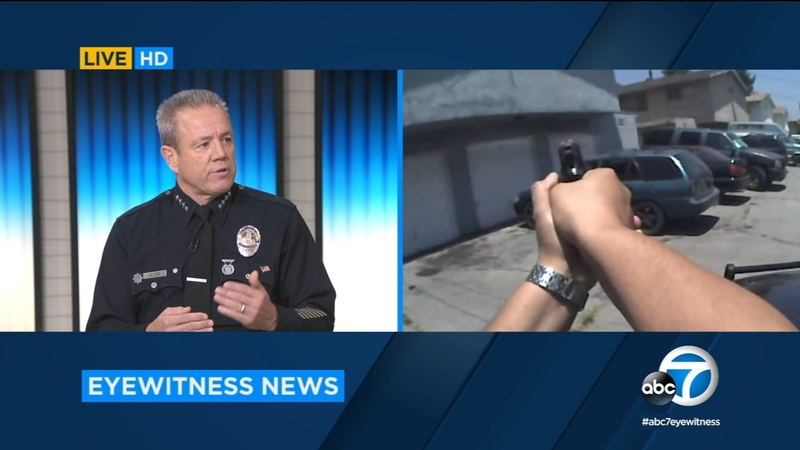 LOS ANGELES (KABC) -- The Los Angeles Police Department released body camera video of a recent officer-involved shooting that resulted in the death of a suspect who was armed with a machete.

LAPD Chief Michel Moore spoke with Eyewitness News about the decision to put out the footage more quickly than most videos are released.

"We judge each circumstance...we try to release all within 45 days. It takes quite a bit of time to collect all the different sources of information," Moore said.

"This one, like a few others before, raised some community concerns. There were questions raised about the actions of the officers. I felt it was in the public's interest to release what we had now."

"When we produce these, we are not making decisions about whether the officer's decisions were right or wrong, in or out of policy, but it's an opportunity to show the public what we know today," Moore said.

Although the department reviews body-worn video any time there is an arrest, use-of-force or any type of critical incident, officials don't review day-to-day incidents such as traffic stops.

The department recently enacted an inspection process that takes a sampling of videos that they will review in which there was no enforcement involved.

He said they found that "the vast majority - well over 90 to 95% - of the time our officers are living up to our high standards and are professional and acting as they should. There are instances, though, where we fall short."