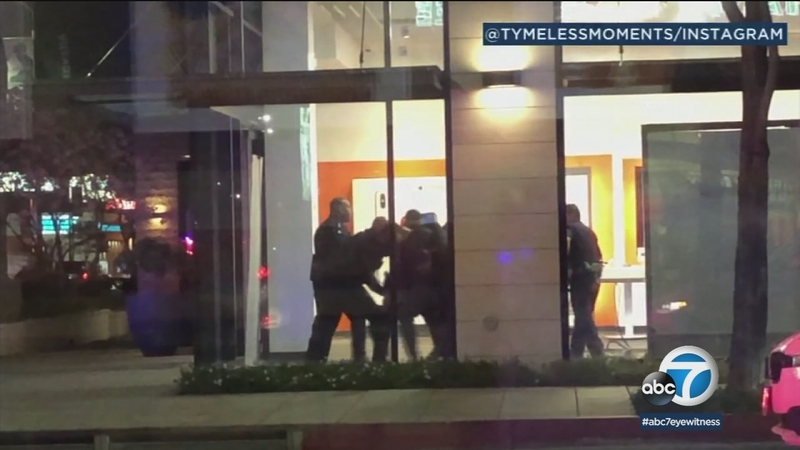 According to LAPD, the officers were responding to an AT&T store in the 18600 block of Ventura Boulevard when they encountered a suspect. In a struggle to arrest him, two officers were bitten by the man - both in the arm.

The two officers were taken to the hospital, but both were alert, conscious and walking around, authorities said.

Two LAPD officers were being treated for bite wounds Monday night after responding to a holdup alarm at Tarzana AT&T store.

An eyewitness who was sitting across the street filmed the altercation the officers and suspect got involved in that led to the biting incident.

The man said he watched in horror as the officers were bit.

"It was pretty insane. Five, six cops just rushing into the door," Yoni Kashanian said. "He was resisting a lot and then they just tackled him to the floor. More responders came and rushed (the officer) to the back of the store."

He added that he believes the suspect was "on something."